I think this one is the best chronograph Sinn has ever produced in their Flieger chronograph series. The basic version with the non-see through caseback and the domed plexi crystal. It shouldn’t be fancy. It should be rough, durable and functional. I loved mine. The size was perfect. 38,5mm excl. crown. Perhaps a little too thick but nothing that really bothered me. I had an older version with the Valjoux 7750 movement which today I think has been replaced by the Sellita SW500. Nothing negative about the 356 that I can come to think of. Don’t remember why I sold mine. I even lost money on it from what I can see so I was probably in a hurry to buy something else. 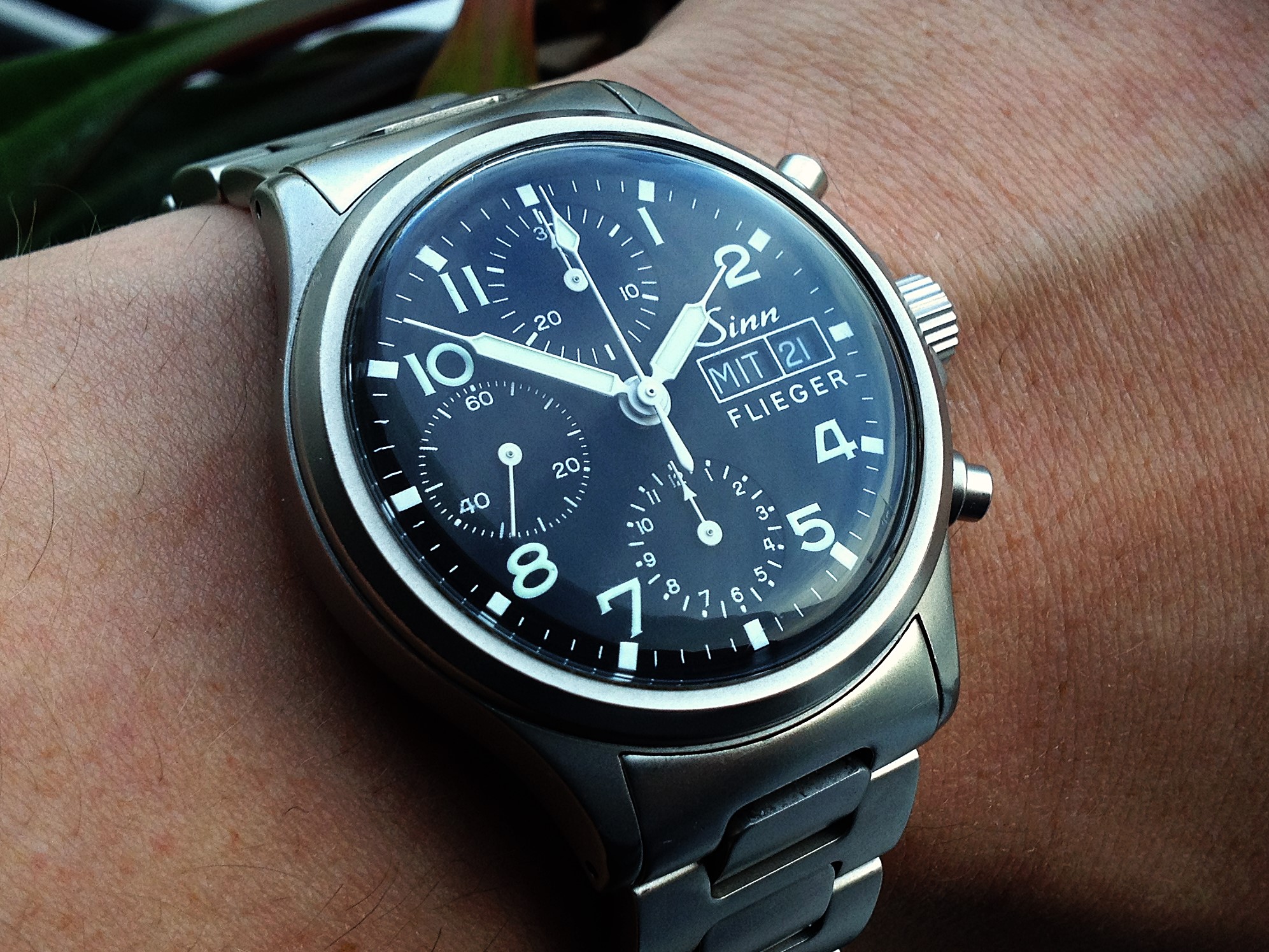 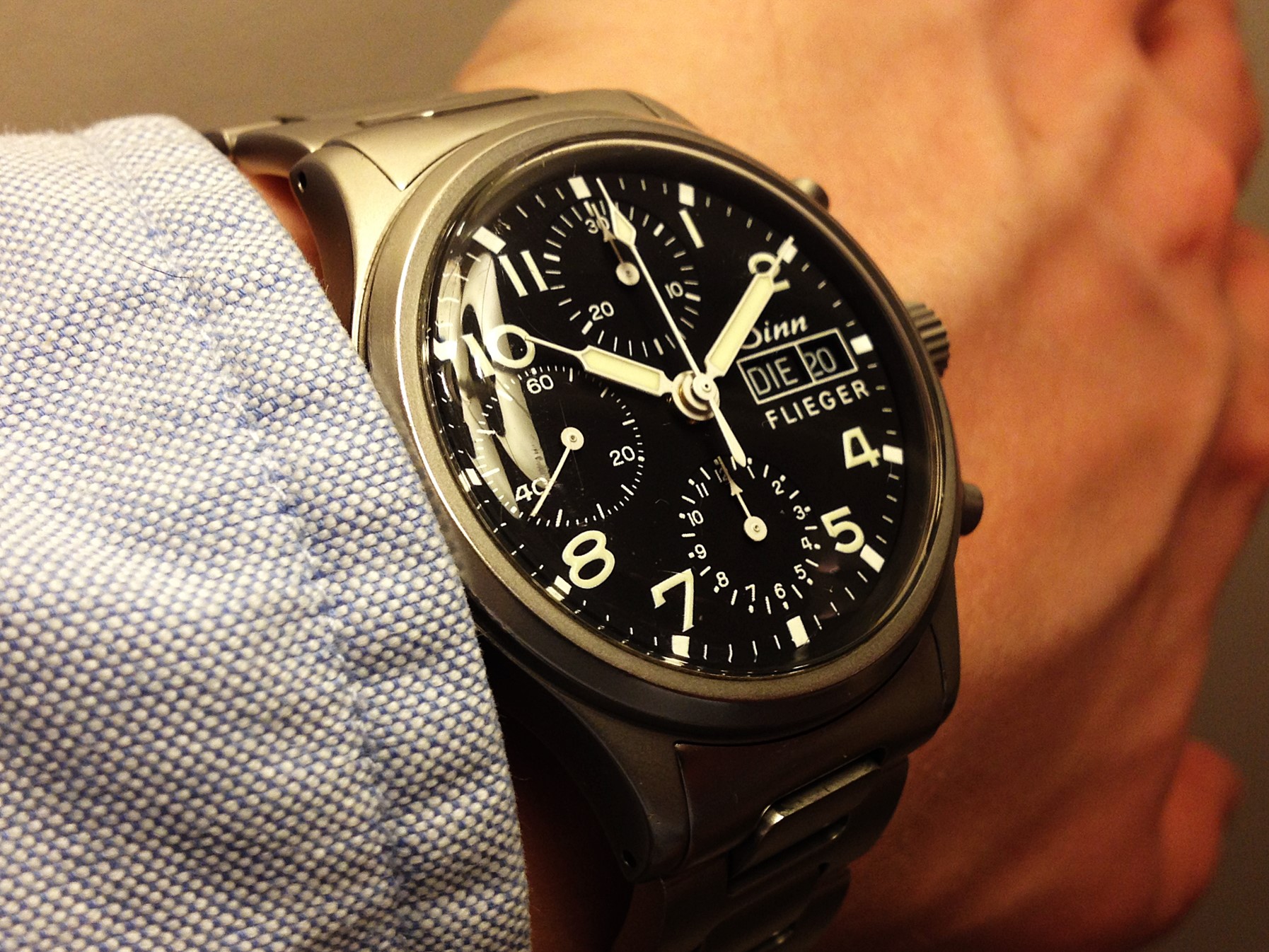 Besides the 356 I don’t have much love for Sinn's other Flieger models but they have some other chronographs like the 142 and 144 that I recently added to my watches-to-buy-list. I’ve never really liked chronographs in general but lately I’ve been going crazy learning about the old PVD chronos from brands like Heuer, Orfina and Porsche Design. That's some good stuff!

© All pictures by a Watch Flipper's Diary unless noted.
Upplagd av aflippersdiary kl. 11:05 AM