In the beginning of February this year they finally arrived! The first batch of my specially designed CWC Quartz Diver; The Tactical Diver. I guess we could call it my signature watch. Talk about a dream coming true!

Receiving a large shipment of twenty watches was a new experience and while I unboxed the first one I must admit I was quite nervous. The watches were built and assembled in Switzerland and sent to the Cabot Watch Company HQ for quality control and that’s when I received the first live pictures. Up until then I had only had the prototype I made and computer renderings but this was the real deal. It looked perfect so I already knew they had succeeded but later when I finally held no. 001 in my hand it really was something special and it looked even better than in the pictures. It was much better than the prototype I had made because it felt so solid and new while the prototype was built out of old used parts. I knew right there and then that I had found my perfect watch. This is honestly the watch I would chose if I could only chose one watch for the rest of my life to wear. To me it is perfection. I honestly don’t think that a Patek Nautlius, a Blancpain Fifty Fathoms or a Rolex Comex Sea-Dweller would make me happier.

This project mostly took place during the fall of 2017 and it was something I did out of pure enthusiasm. I was looking for my perfect watch, which I couldn’t find anywhere, and finally decided to take matters in my own hands, and with a little help (not so little!) from my favorite watch brand I succeeded. Mixing the bead-blasted finish together with PVD details (love that!) was an inspiration I mainly drew from the Sinn U1 SDR and having the crown on the opposite side was a given feature because that is something I’ve always preferred. For the full list of specifications you can check them out here.

The curiosity had been pretty big after I first introduced the project and the twenty watches were quickly booked but it wasn’t until I posted the first picture of the final product on Instagram when shit really hit the fan. I never anticipated that there were going to be that many who wanted one. I really should have made more of them. I was really happy to see that the design also was appreciated among others (and not only by myself) and even though most of the watches stayed here in Sweden some of them managed to find their way to New York, Hong Kong, Zürich and Dubai. I got so many e-mails from people saying they wanted one and to calm some of the most eager customers that missed out on this unique limited edition, CWC launched a similar version with bead-blasted case and a PVD bezel. The only thing that really differs is that it’s a non-destro and doesn’t have the PVD-crown. It doesn’t have the caseback engraving either which technically doesn’t make it an official Tactical Diver. I kept watch no. 001 and 002 for myself which in the future will be passed on to my two sons. I wear one of them on a green nato and the other on a grey nato. That way I can tell them apart and my sons will know who’s watch I wore when one day looking back on old pictures of their dad being out fishing.


While developing my Tactical Diver concept I also had a logotype made. I had visualized this jacked up dolphin in my head with a knife between his teeth in this stereotypical army logo design and I really felt that the guy I was working with did an awesome interpretation of my vision and making it come to life. I decided to have patches made that would be sent with the watches as a small surprise gift just to show my appreciation. I also decided that the logo would become the future official logo for Flipper’s Diary.

Right now when writing this I’m in the final stage of planning the new Tactical Diver together with CWC which I hope they will have ready at the end of this year. It will carry the same DNA as the first but will have a few significant changes. They changes won’t make it feel like a whole other watch but it’s enough to make it feel like a new model in the same series if you know what I mean. I have received so many questions regarding if or when a second batch of watches will be made. I knew right from the start that if I decided to go for a second run I needed to make some sort of twist. I wanted to make an updated version and not just do twenty new watches looking the same as the first batch. Why it took so long to make this second version was because the first one fulfilled all my needs and trying to find inspiration in creating a new watch when I already had the perfect watch was more or less impossible. But now more than a year has passed since I came up with the first design and during that time I have come up with a couple of ideas that I think are so cool that they really ignited a new spark inside of me which now led to into creating the gen.2 of Tactical Divers. More information regarding the details of the new Tactical Diver will be announced in a separate post in the near future.

I know, I know, I’ve said it now a couple of times but to me the Tactical Diver is perfection. This watch is absolutely killing it! Ever since I received it I have been using it as my main watch. It is a true tool and a reliable instrument and it will be used as such for as long as I live. I will of course continue to try out new watches but it feels really nice to no longer be obsessed by trying to find the perfect watch becuase I already have it.

Finally a huge thank you to the Cabot Watch Company and to all of you who supported me by buying a watch! 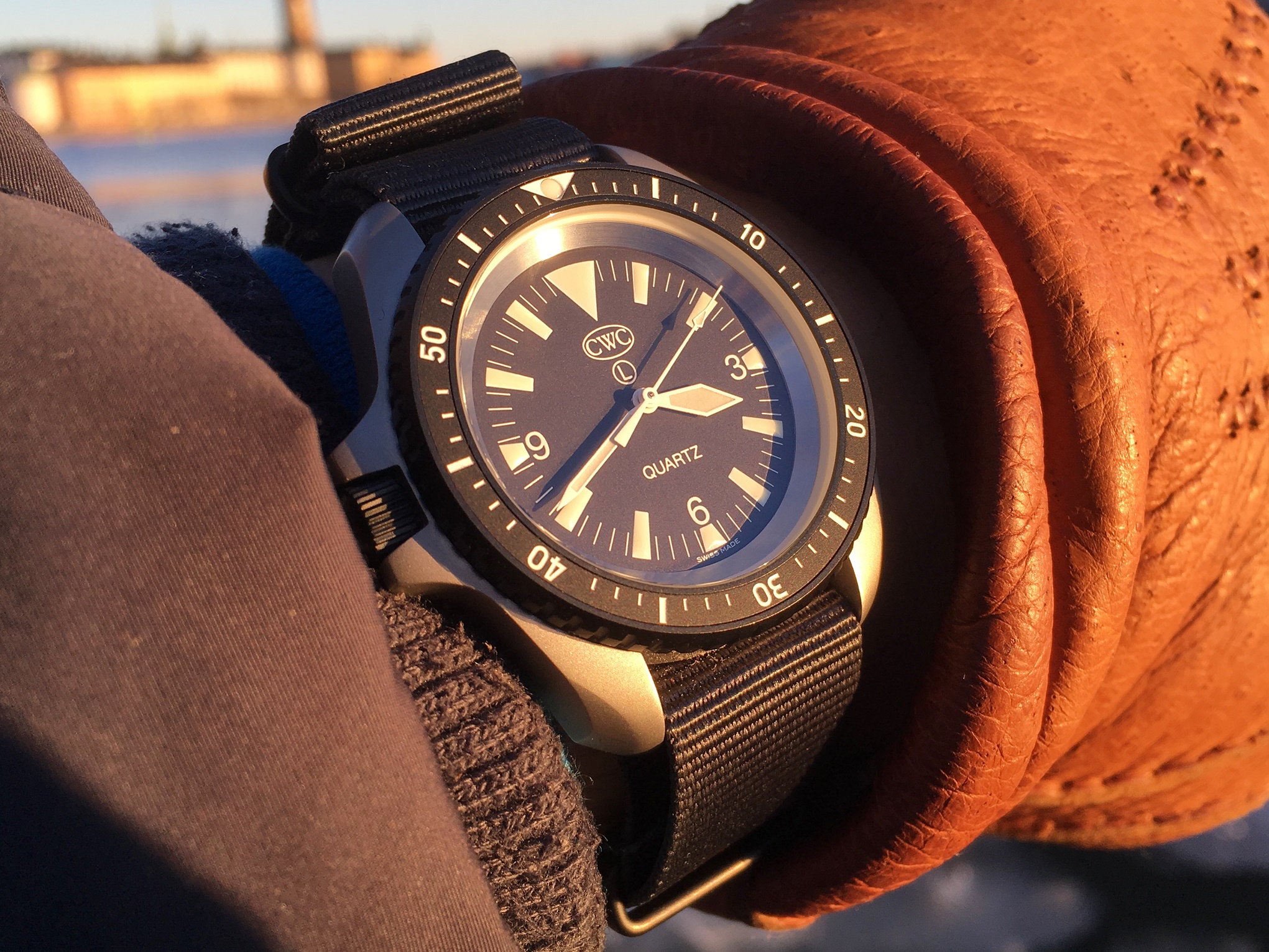 Not long after I wrote this piece CWC contacted me with some disappointing news. Unfortunately they had trouble with solving two of the most critical details for the gen.2 diver. So until we have managed to find a solution for that issue the gen.2 project will be paused. I’m not making a watch that isn’t 100% how I want it would be. I would definitely regret doing that.