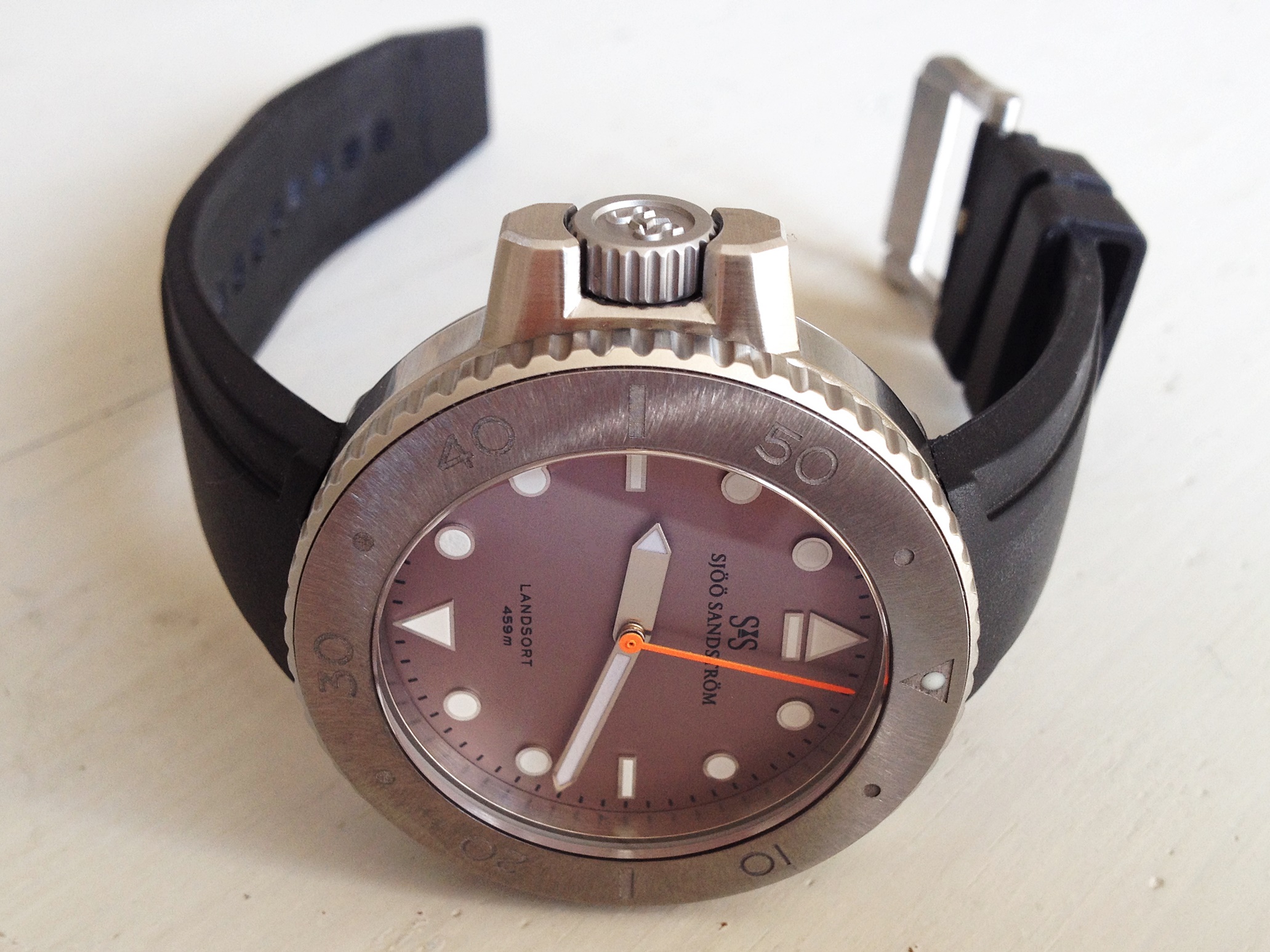 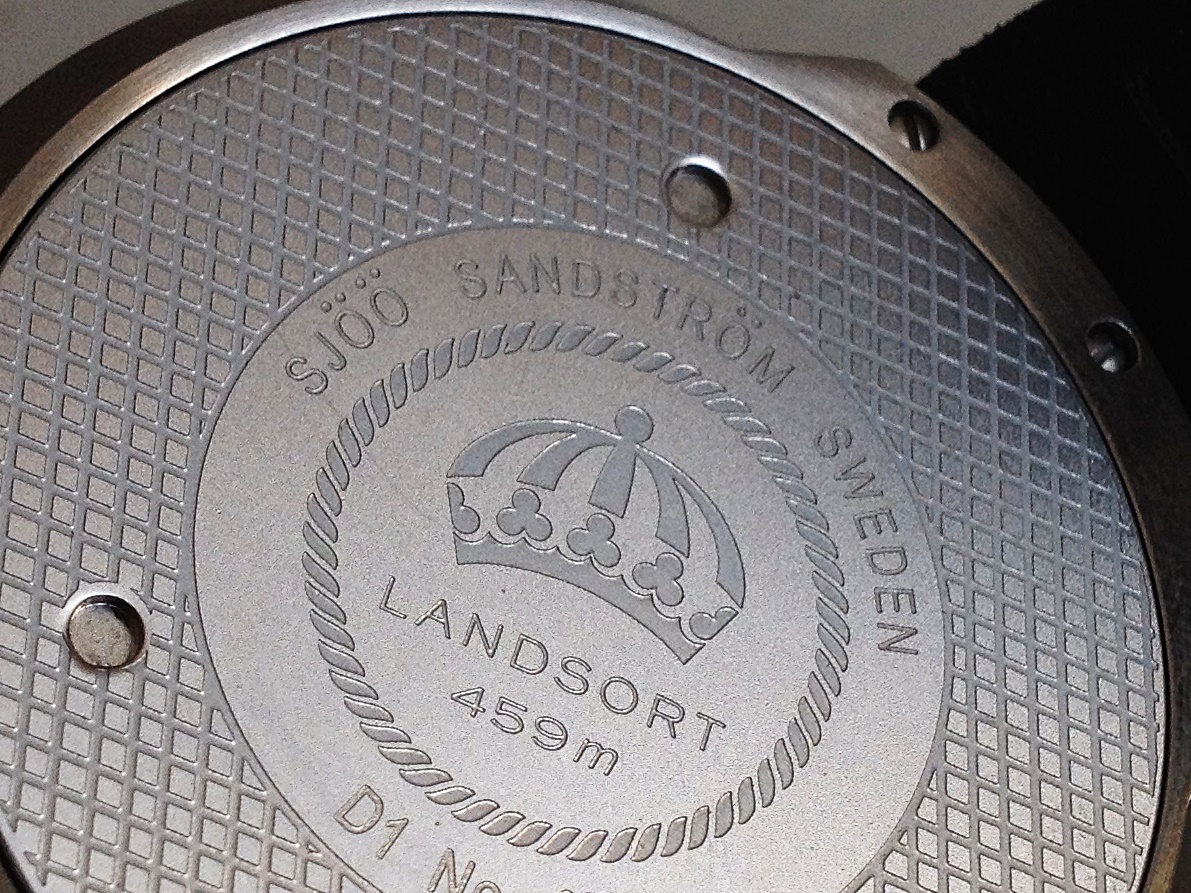 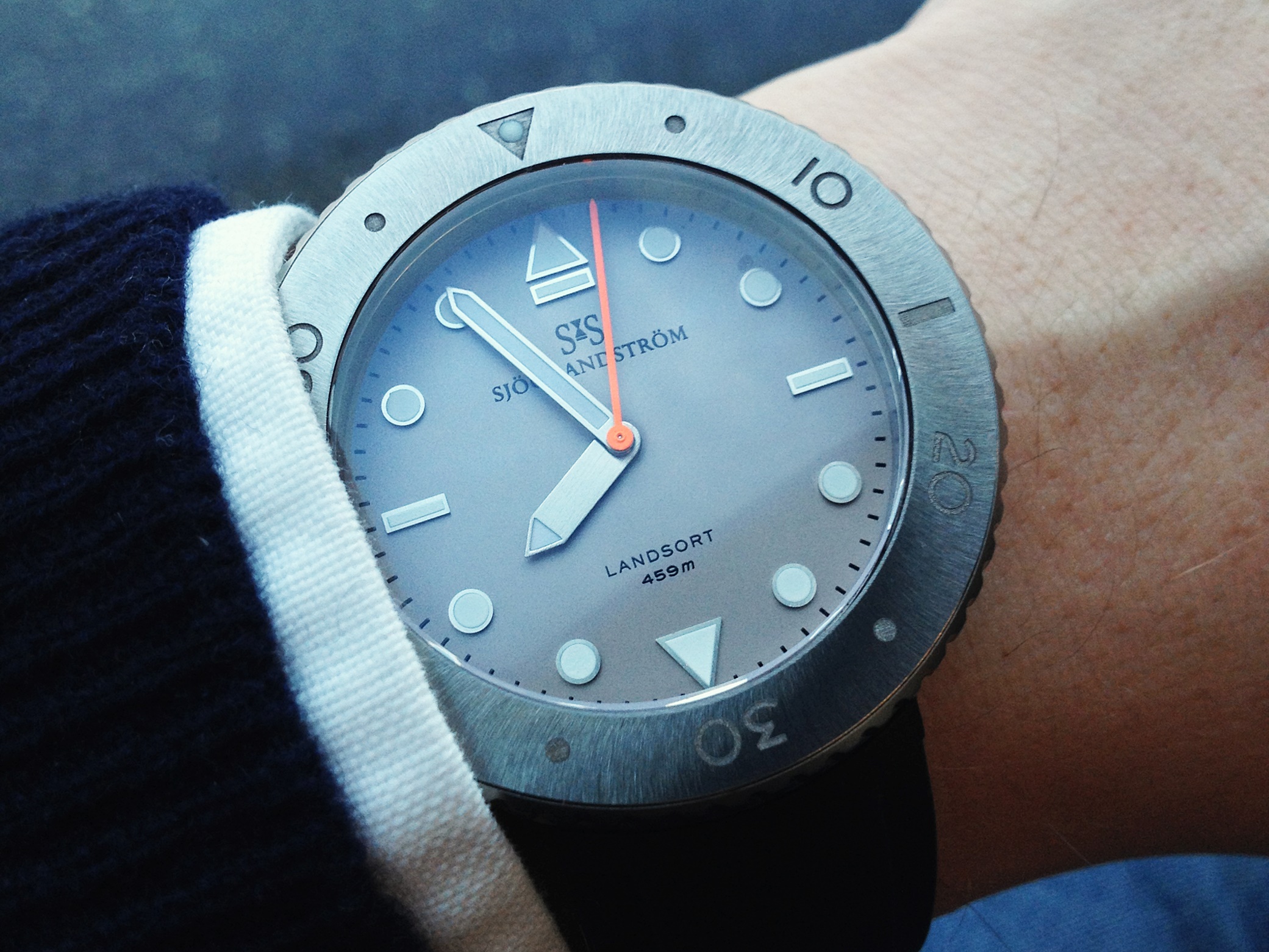 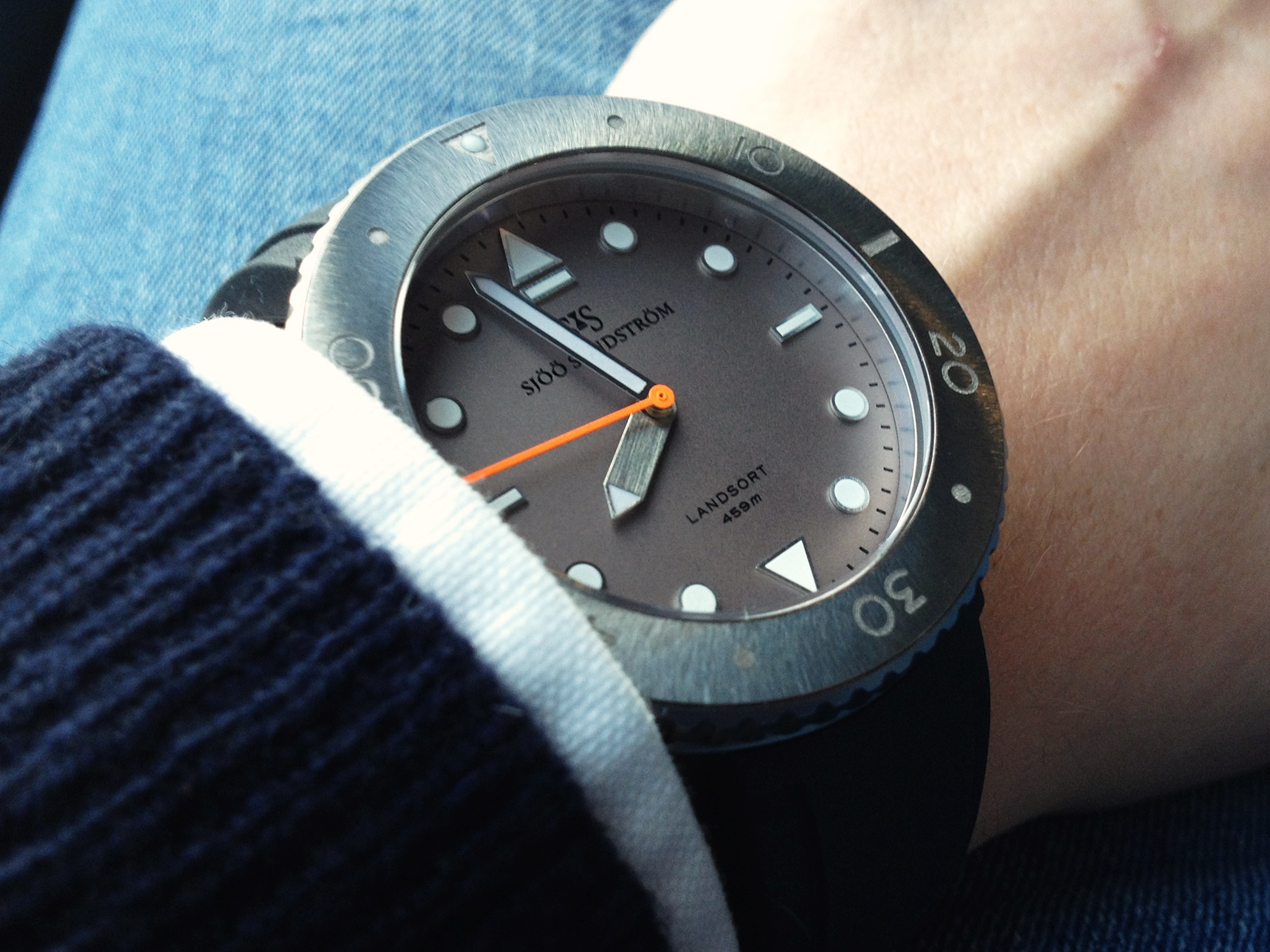 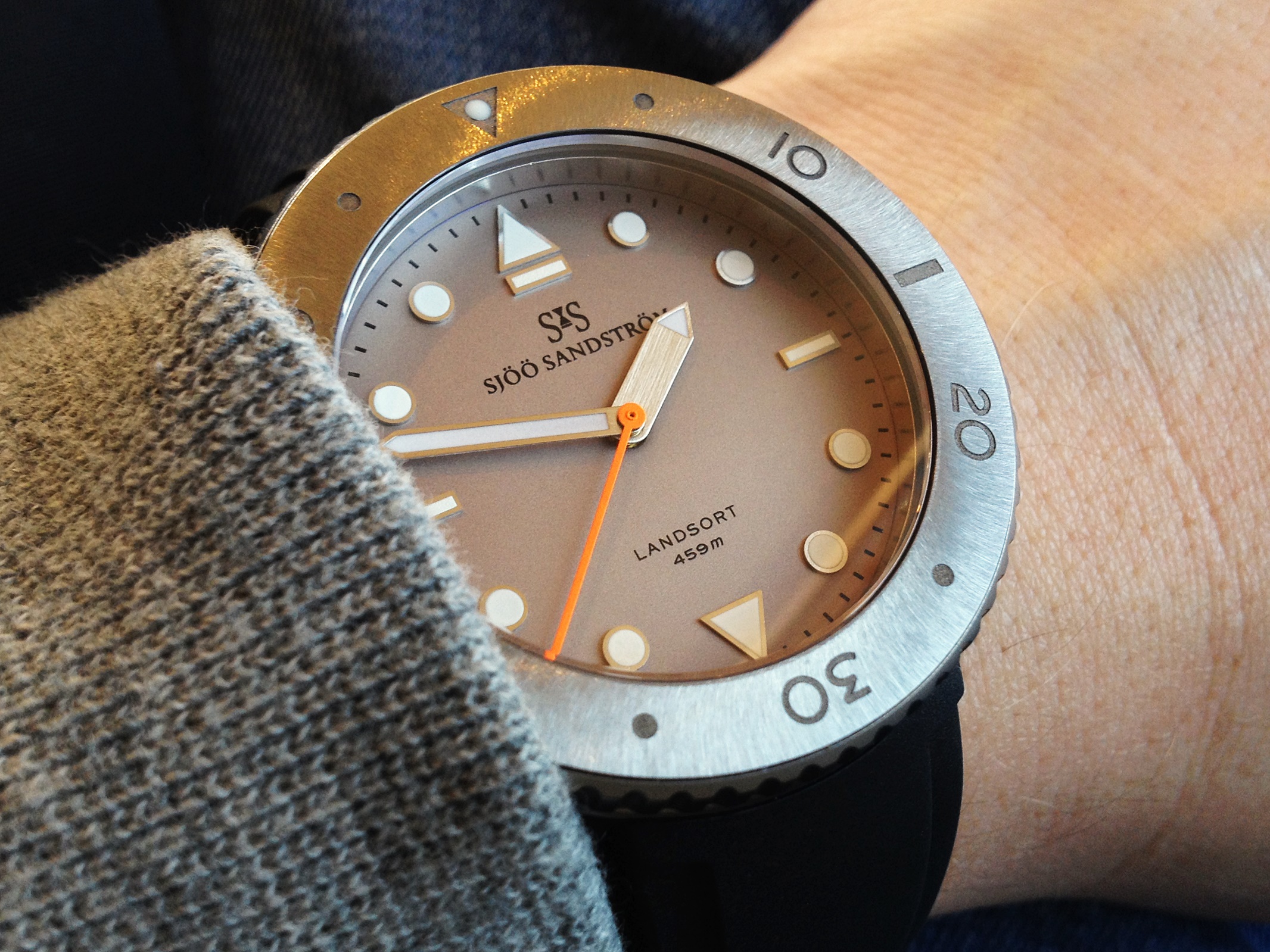 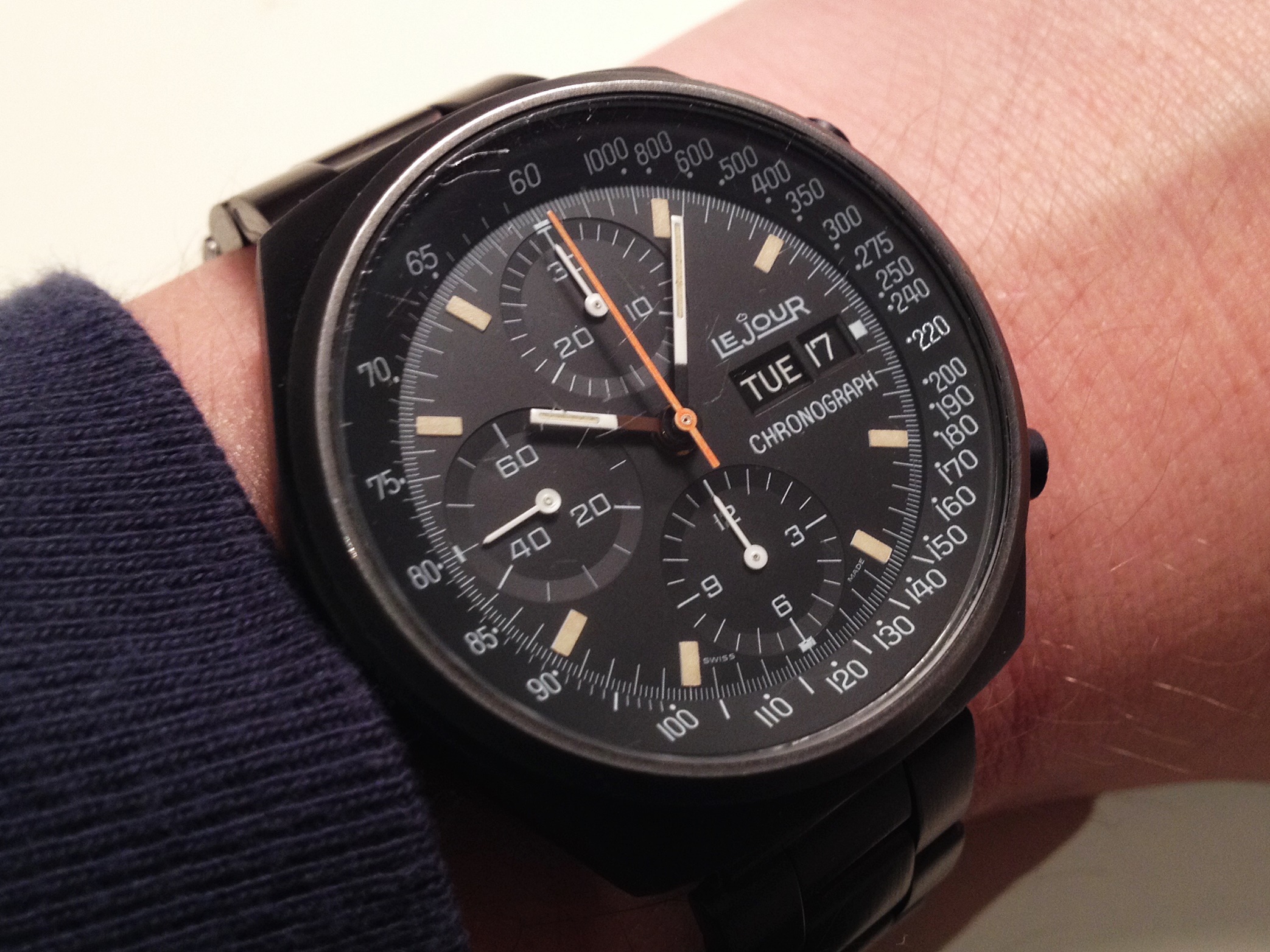 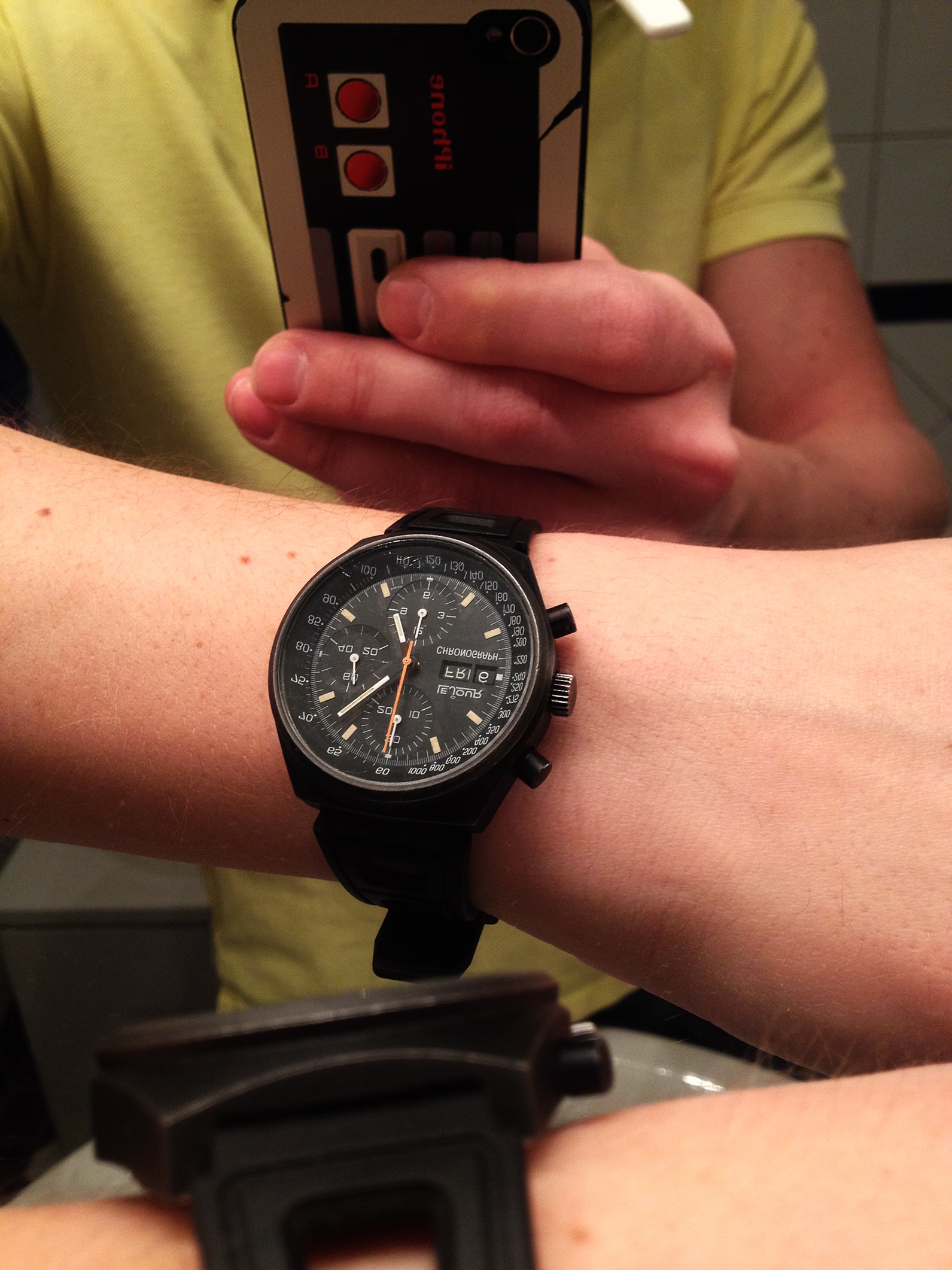 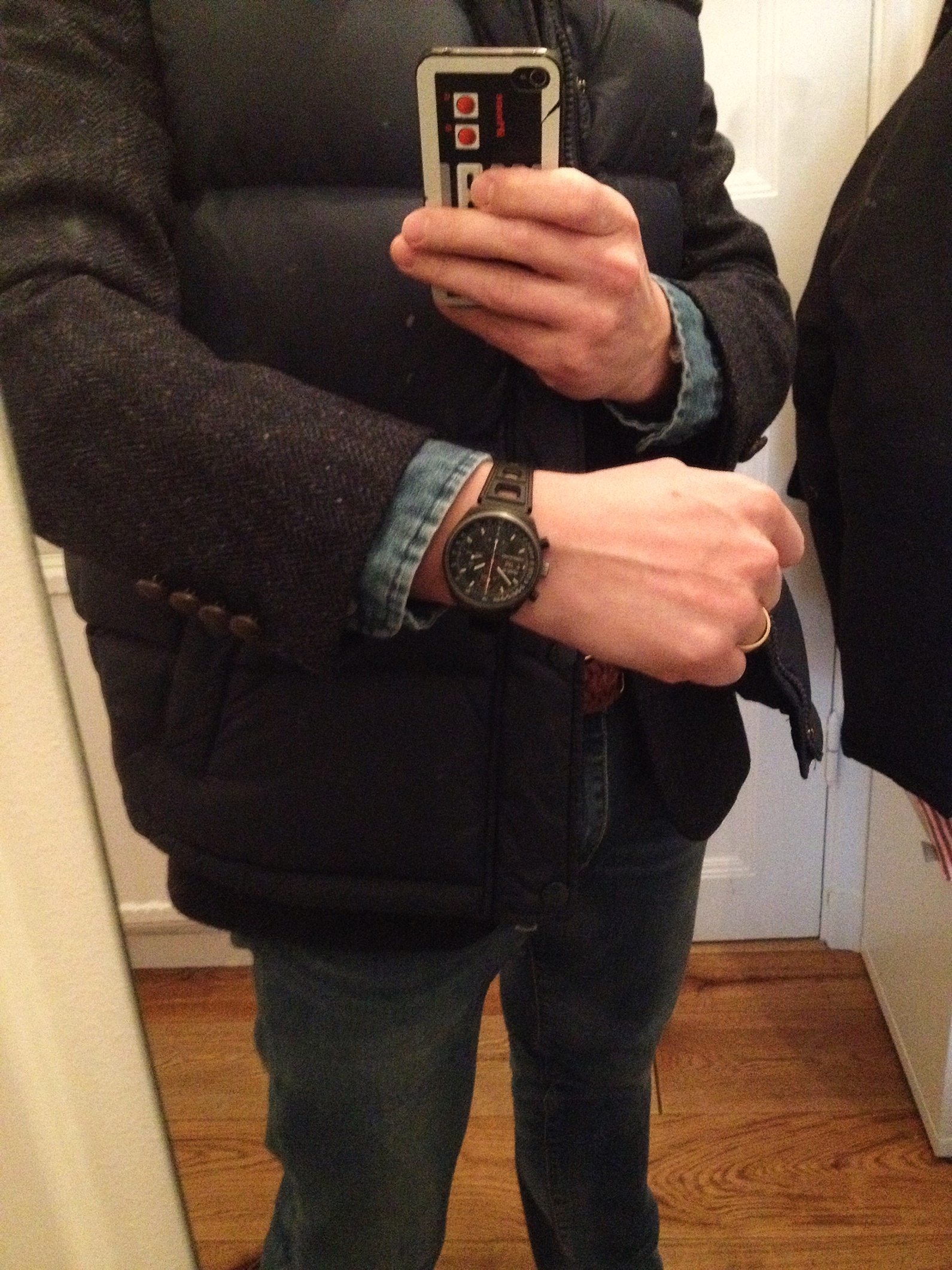 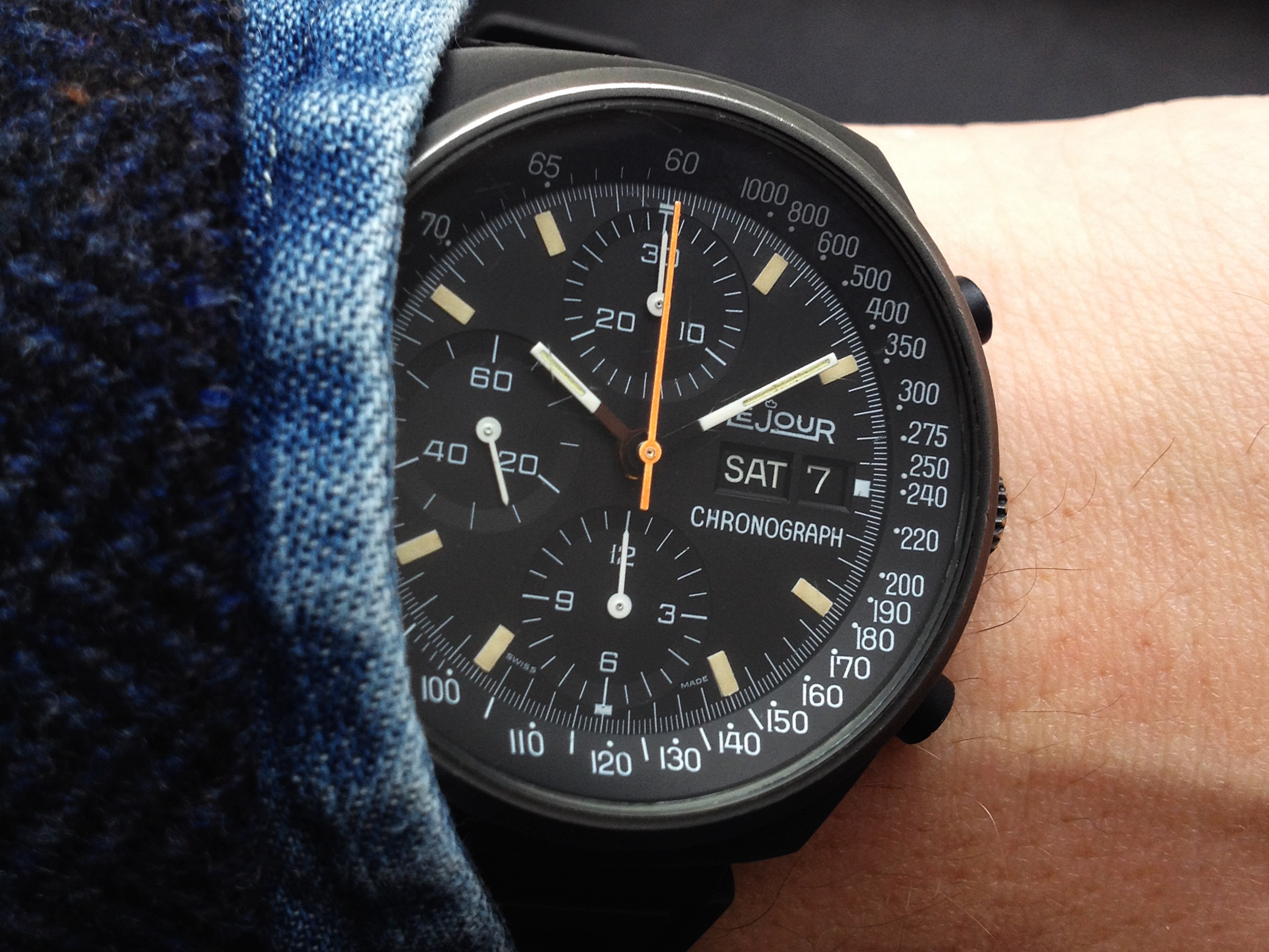 I thought it was really exciting when Glycine announced the re-issue of their first Airman. Being 36mm I knew it would be too small for me but it looked so nice and perfect it had to be given a chance anyway. It wasn’t that pricey but I didn’t want to get a new one when I knew it wasn’t going to stay. Lucky for me my flipping-buddy Björn got a hold of a fairly new one quite soon after the release which I took over when he was done. I mostly wore it on a nato but he also gave me a flex bracelet which enhanced the vintage feeling and made it look quite cool. I also tried it on the Strapcode shark mesh which I had used for my Squale 50atm and Eterna Super Kon-Tiki but it was a little too thick and gave the impression of the watch being smaller than it actually was. I loved it for being a purist version which I still think is the best and most logical way to display time. 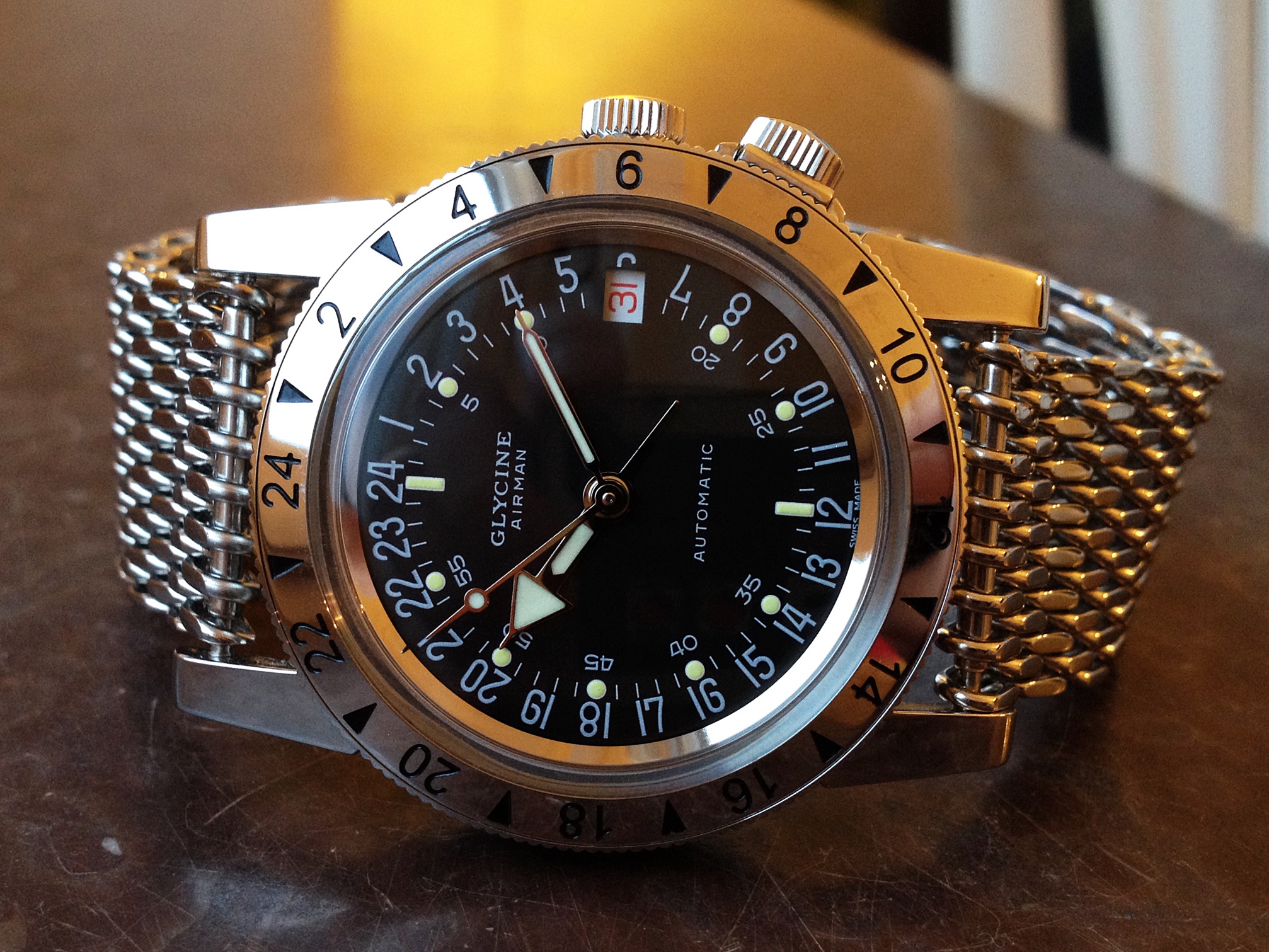 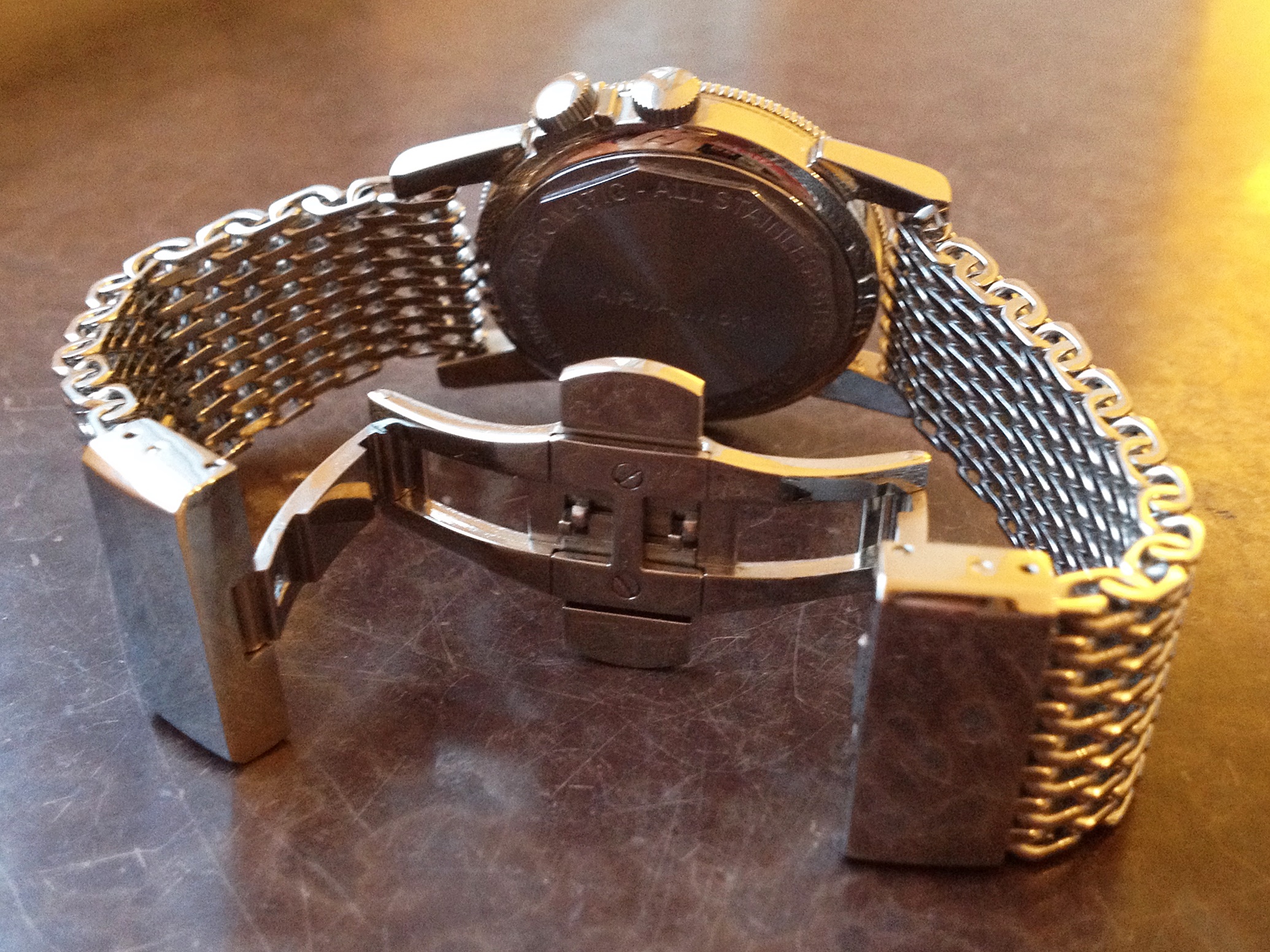 Sadly Glycine has disappointed me every year since this release. I guess being bought by Invicta says it all. We’re talking about a company with a never ending catalogue of hideous creations taking over a legendary brand with several beloved classic timepieces and what happens? That’s right, they produce even more hideous creations and turn good things to shit. Truly a sad story. I think that was the main reason why I decided to let Glycine go. I didn’t like the classic Glycine models to be associated with the new trashy ones. I’ve had the same problem with Doxa and I’m not entirely over that whole situation as well but to Doxa’s defense I think they have done a better job of preserving their heritage than Glycine ended up doing. 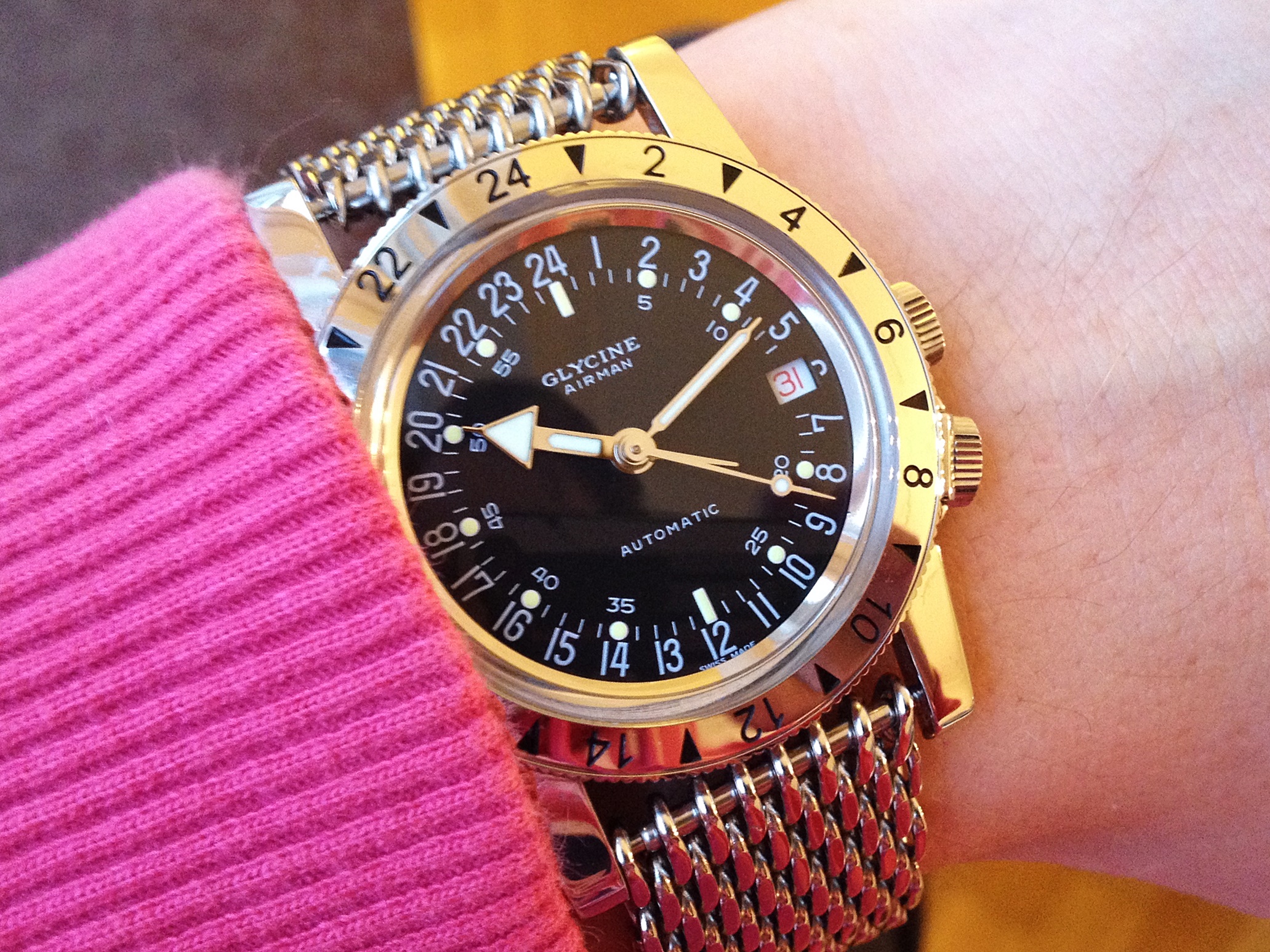 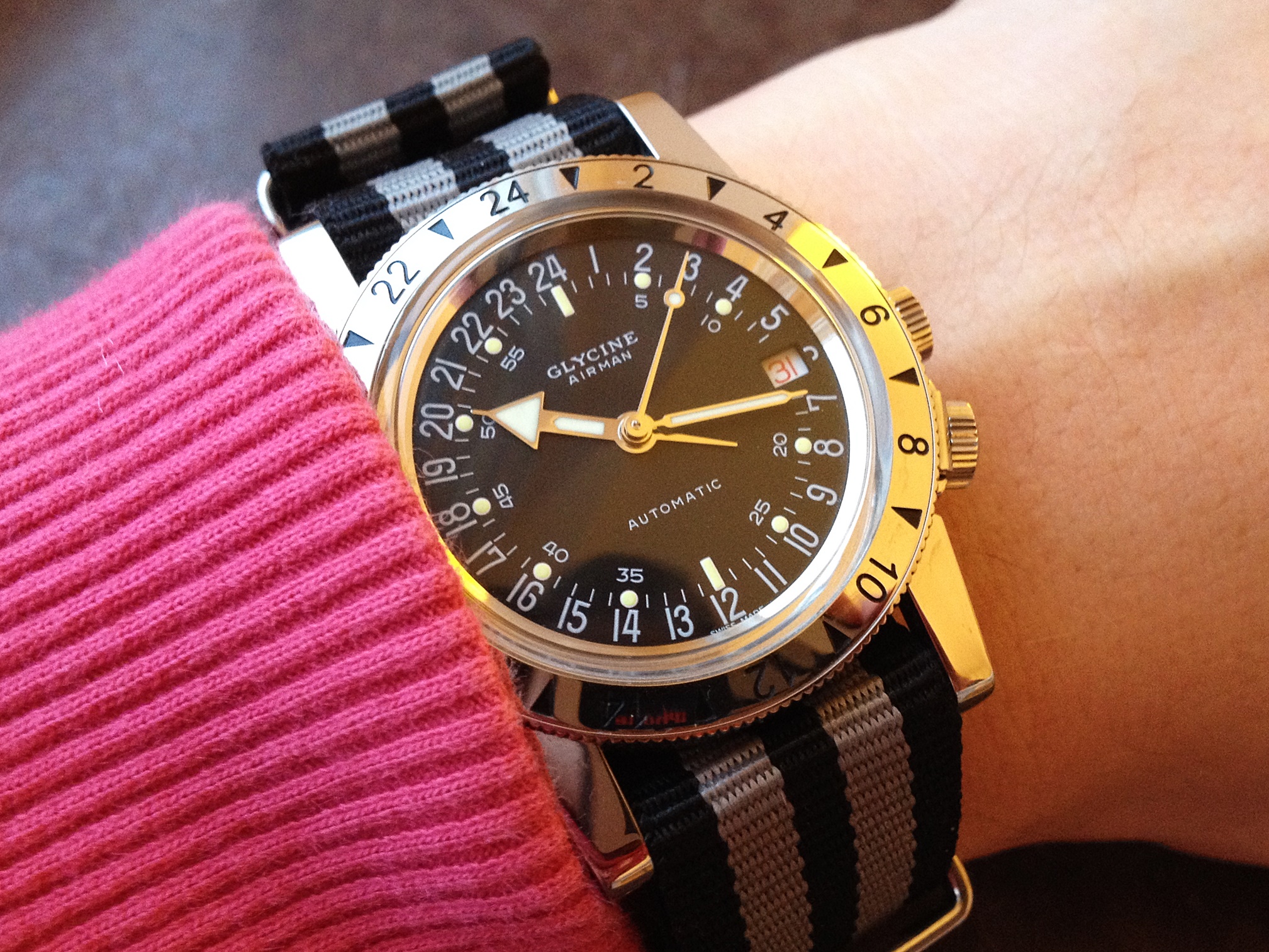 Being a huge fan of Seiko this specific mod was unavoidable. Since the quartz movement from the 7548 happens to fit perfectly inside the watch case of the classic cushion cased 6309, this matchup should in theory create the perfect watch because to many Seiko fans this is the best of both worlds; one of our favorite quartz movements inside one of our most beloved watch cases. The only question was: am I going to find an already modified watch or find two donation watches and carry out the procedure myself?

Having different 6309’s and 7548’s in a steady rotation of course eventually led me into finding two pieces that were a good match. Breaking up two perfect watches felt like a shame but when I at one point had two mediocre examples it opened up for the perfect opportunity. Watch #242 and #245 where sacrificed and together they created watch #246; the so-called Hybrid. Watch #242 was a 6309-7040 which was all original and looked fantastic but its movement was completely run down and beyond repair. Watch #245 was a 7548-700B that had some aftermarket parts and its dial had already been relumed so I really didn’t feel any anxiety over disassembling any of them. My friend Magnus helped me out with the mounting and new lume and everything worked out fine. I played around with it on different straps and was quite happy with it. It sure was a great looking beater.

In theory this should have made the perfect watch according to my preferences but somehow it didn’t. As most of the modifications I’ve made they are fun in the beginning but then eventually they tend to become boring. Eventually the 7548 was put back together and serviced and kept for quite a long time while the 6309 was given a new a movement and then sold.
﻿

© All pictures by a Watch Flipper's Diary unless noted.
Upplagd av aflippersdiary kl. 9:27 AM