What the hell is happening? I know that everyone has a story of how they bought a watch a couple of years ago and now it is being sold for a ridiculous amount. I got tons of stories like that. I feel like that is happening to me ALL THE TIME. Sometimes I’ve even been struggling to get things sold and have even accepted a low ball offer just to get the goods start moving. Then, a couple of years later, it’s a goddamn collector’s item and sells for $XXXX! Jeez...


Here is another perfect example for you. Got this Tudor Submariner in March 2013. Bought it head only for about $1500. Now these fuckers sell for around $3500! The reference 79090 of the Tudor Submariner were made in the early 90’s so we’re not even talking about a vintage watch here. I’m sorry but WHAT THE FUCK?! It’s a steel submariner from Tudor made in the 90’s! And people are actually paying these figures. Seriously, enough with the hype! There are plenty of funnier watches to spend that kind of money on.


OK, so it basically is a light version of the Rolex 1680. Matte dial with painted index and an acrylic crystal. It sure does play the part of being a vintage sub I give it that. And for $1500 I think it was a great watch. I tried it on an aftermarket oyster bracelet but quickly realized it was much funnier to have a bunch of nato straps to switch between just to get some variety. But wearing this model gave me mixed emotions. Tudor has a whole line of watches with their own design that I’d rather wear instead of this one. Don’t try to convince yourself that a Tudor 79090 will satisfy your need for a Rolex 1680 because it won’t. 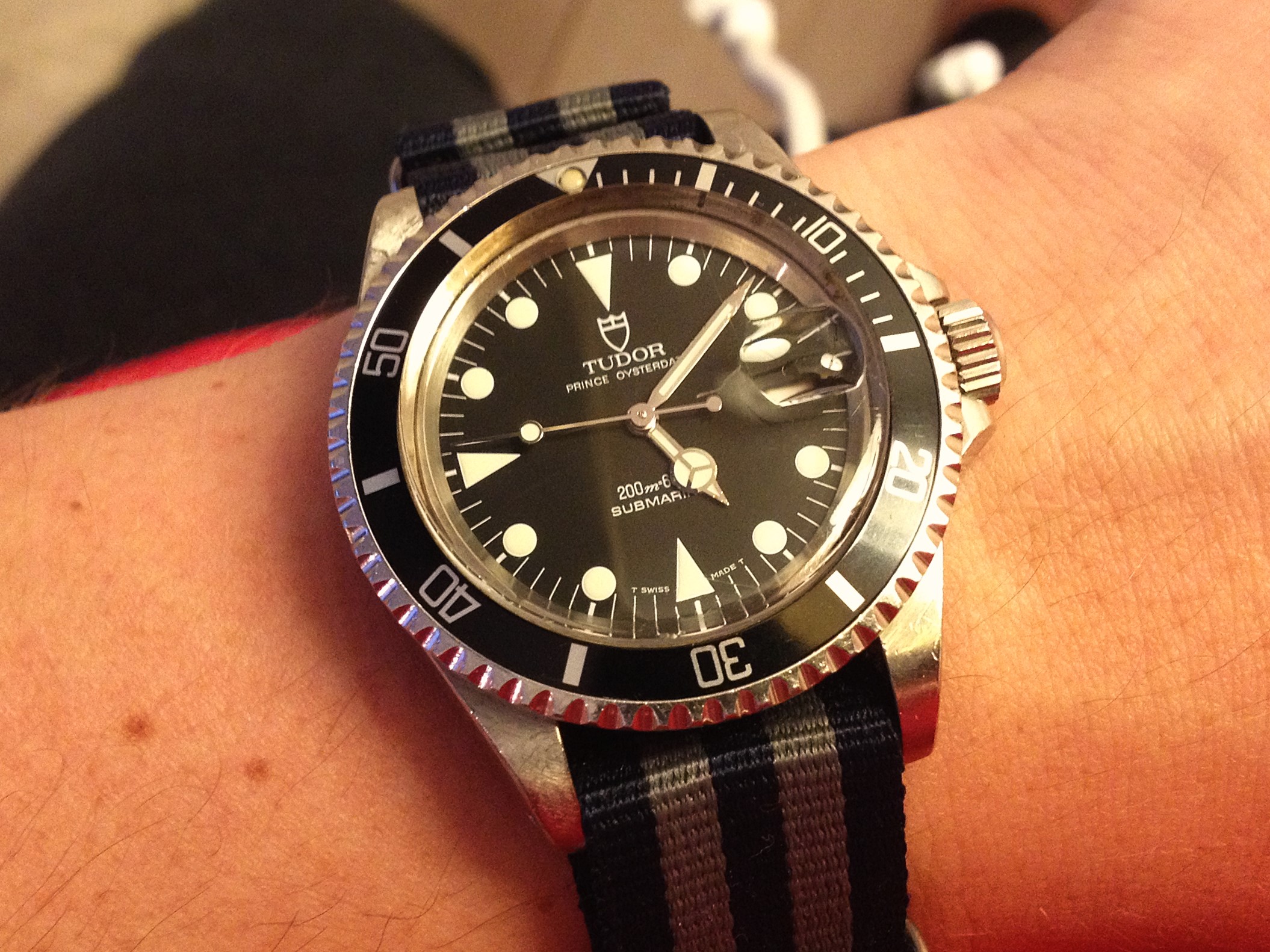