Received this one in a trade for my Ball Skindiver back in August 2013. I’d really start to love the Tudor chronographs after owning the 79270. Such great watches! So when I got the opportunity to try out the same chrono but in a twotone version it was a no-brainer. I actually thought it looked awful when I first saw it with the white dial and its red details but I knew it had potential to become something else. I think I received the watch on a black leather strap, not sure, but I had it replaced with a 22mm croc strap that I managed to squeeze in without having it look too terrible. A watch colleague helped me to source a black dial with gold indexes for it which turned out to be a perfect match. Looked fantastic!  And when I had had the new dial installed I changed the strap to a brown crocodile leather which made the watch look even more awesome. Some thought that a black leather strap would have been a better match but seriously, there are few things that look uglier than black leather straps. I had plans trying to find a working twotone bracelet for it but never found one. That would have been so cool. 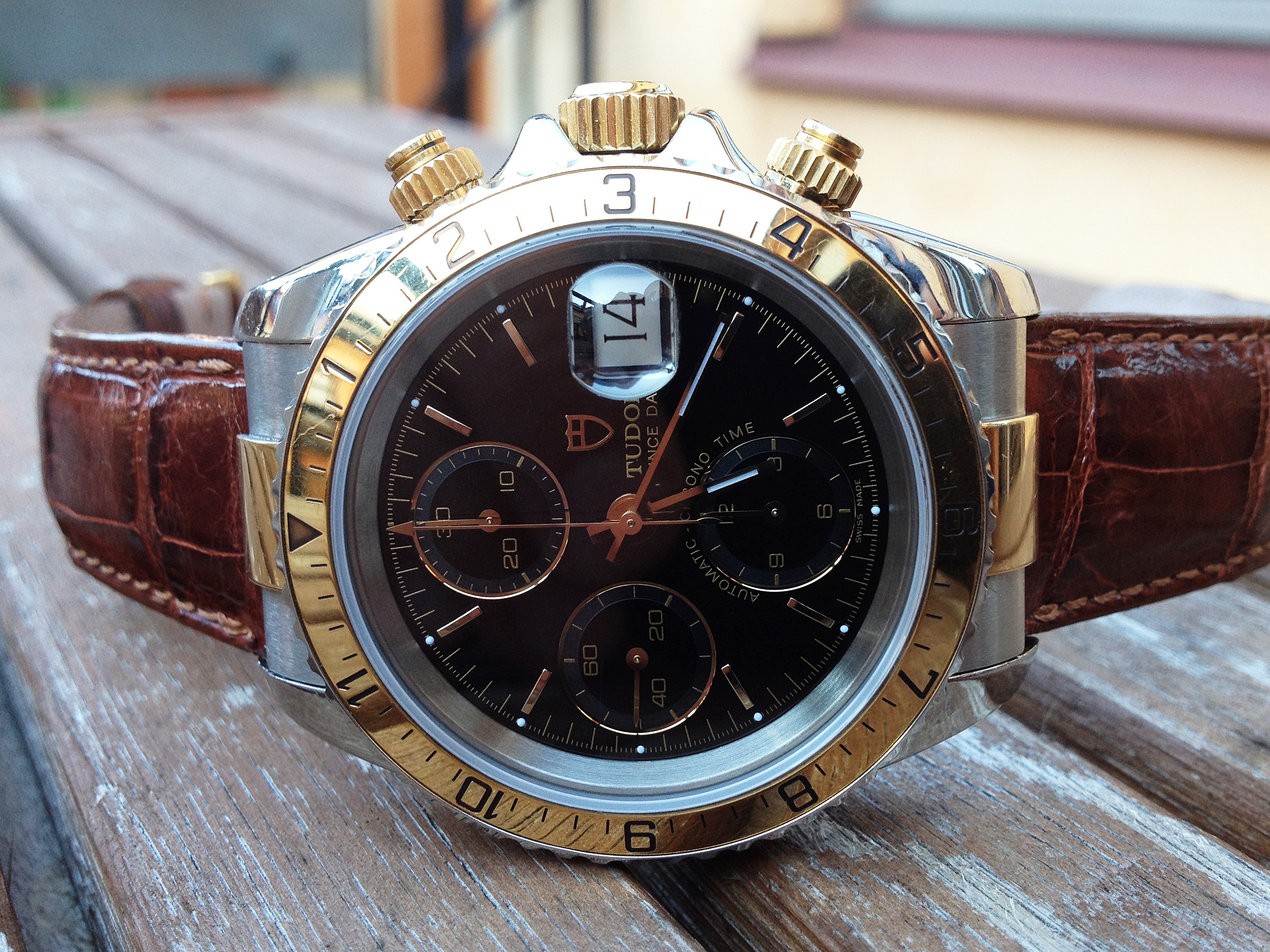 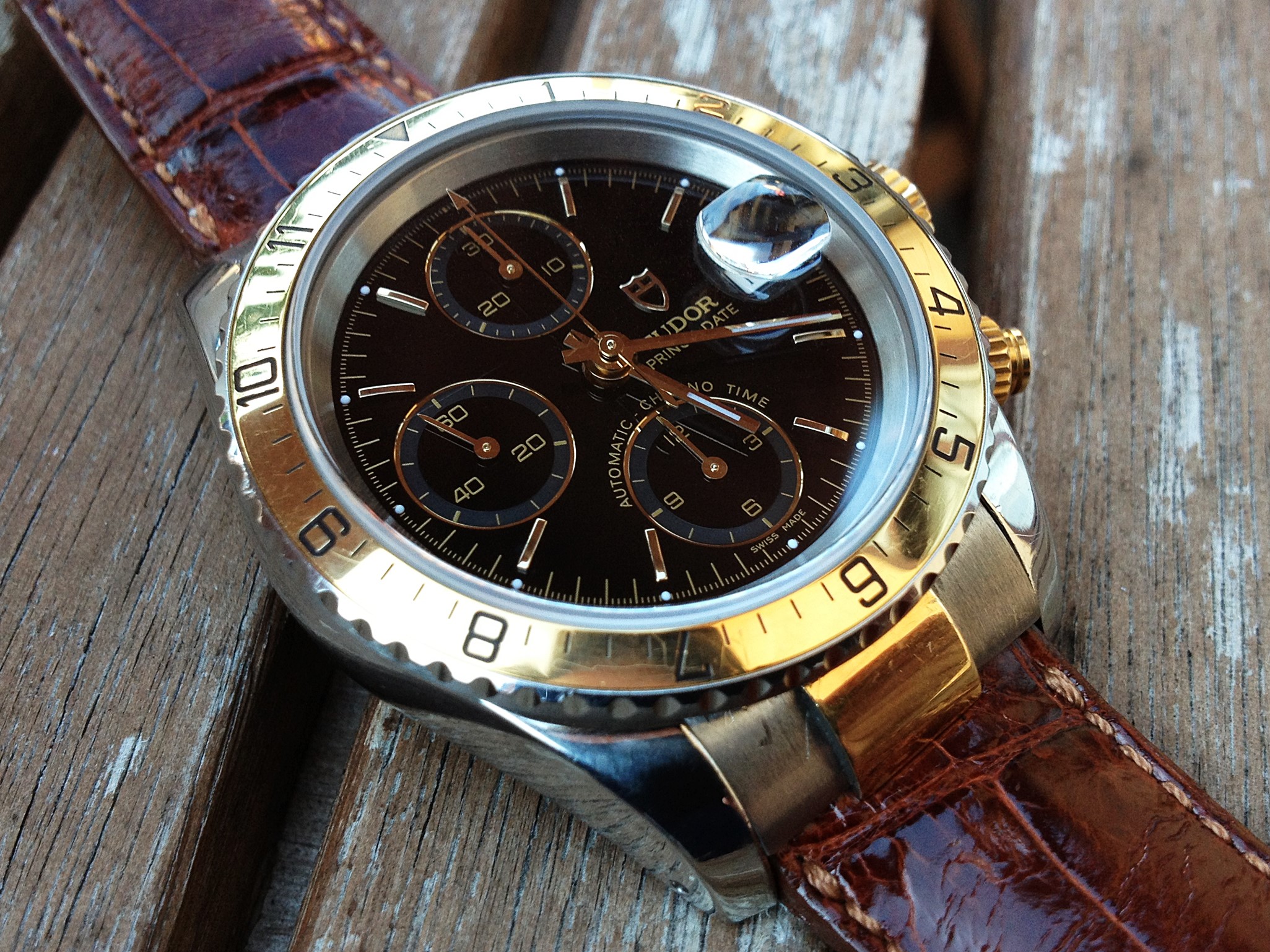 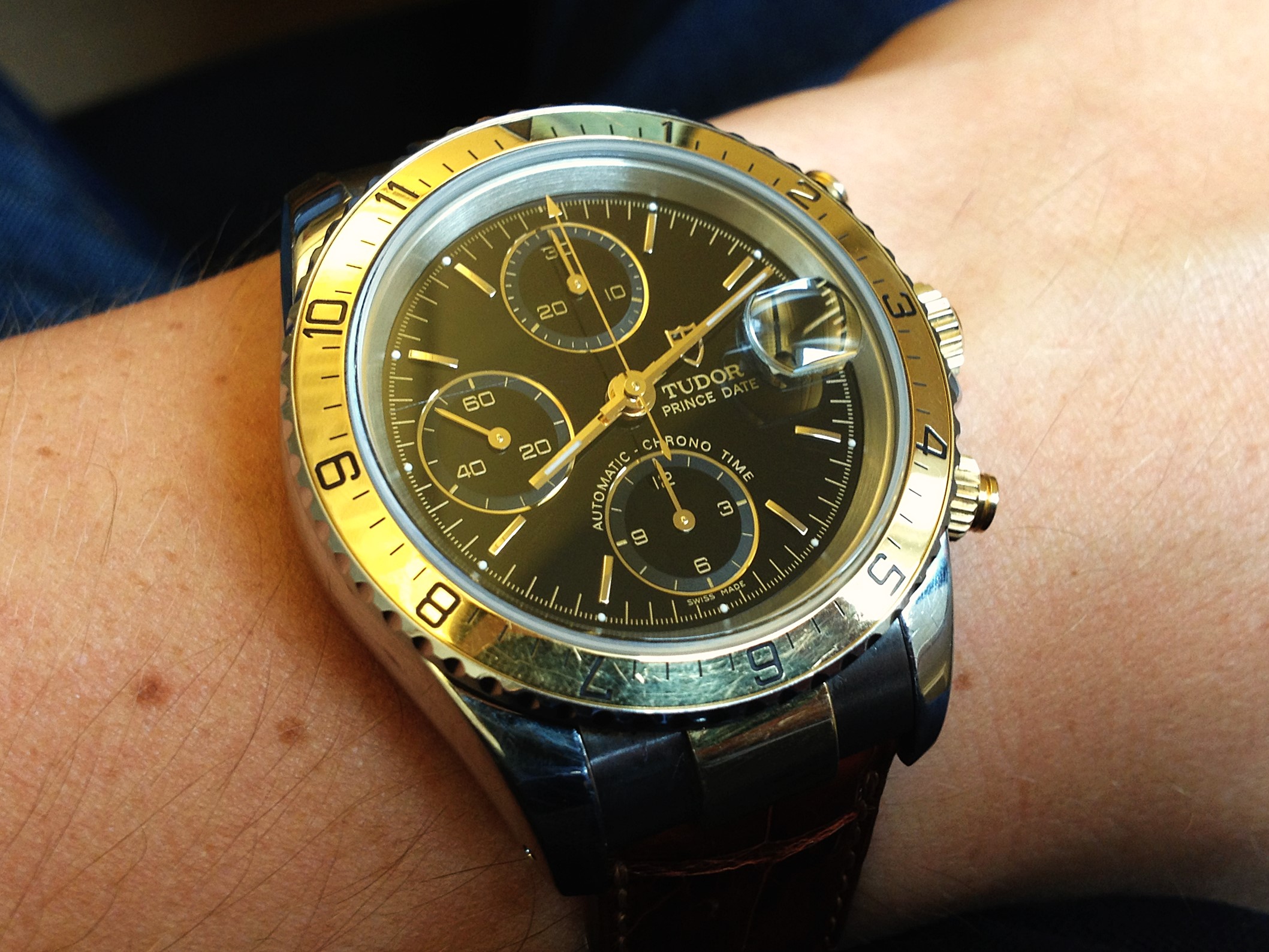 I honestly don’t know why I sold this one. It was even complete with box and certificate. It looked freakin’ fantastic! I probably needed cash for something else or just got bored as usual. Stupid. But damn, looking back on the pictures I really feel that I could go another round with this one. It’s crazy how the prices for these 90’s Tudor chronographs completely have gone through the roof. I even lost about $350 when selling this one because of the dial change. God that hurts.


© All pictures by a Watch Flipper's Diary unless noted.
Upplagd av aflippersdiary kl. 11:16 AM