I’m not going to torture you with this one. Honestly, what was going on here? Enough with the cheap Certina’s! But I bought it and now it has to be revealed. OK, it’s a superquartz and it’s made of titanium. So far so good. Good beater qualities. But don’t be mistaken, this is no Breitling Aerospace. I don’t know, it just gave of a crappy vibe. The bracelet rattled and the finish of the beat up titanium just looked terrible. Ugly hands as well. If you’re looking for a multifunction watch I’d pay up a little more and try to find a used Aerospace instead. Much cooler. I’ve tried Certina’s newer Multi-8 as well but they are just too big. 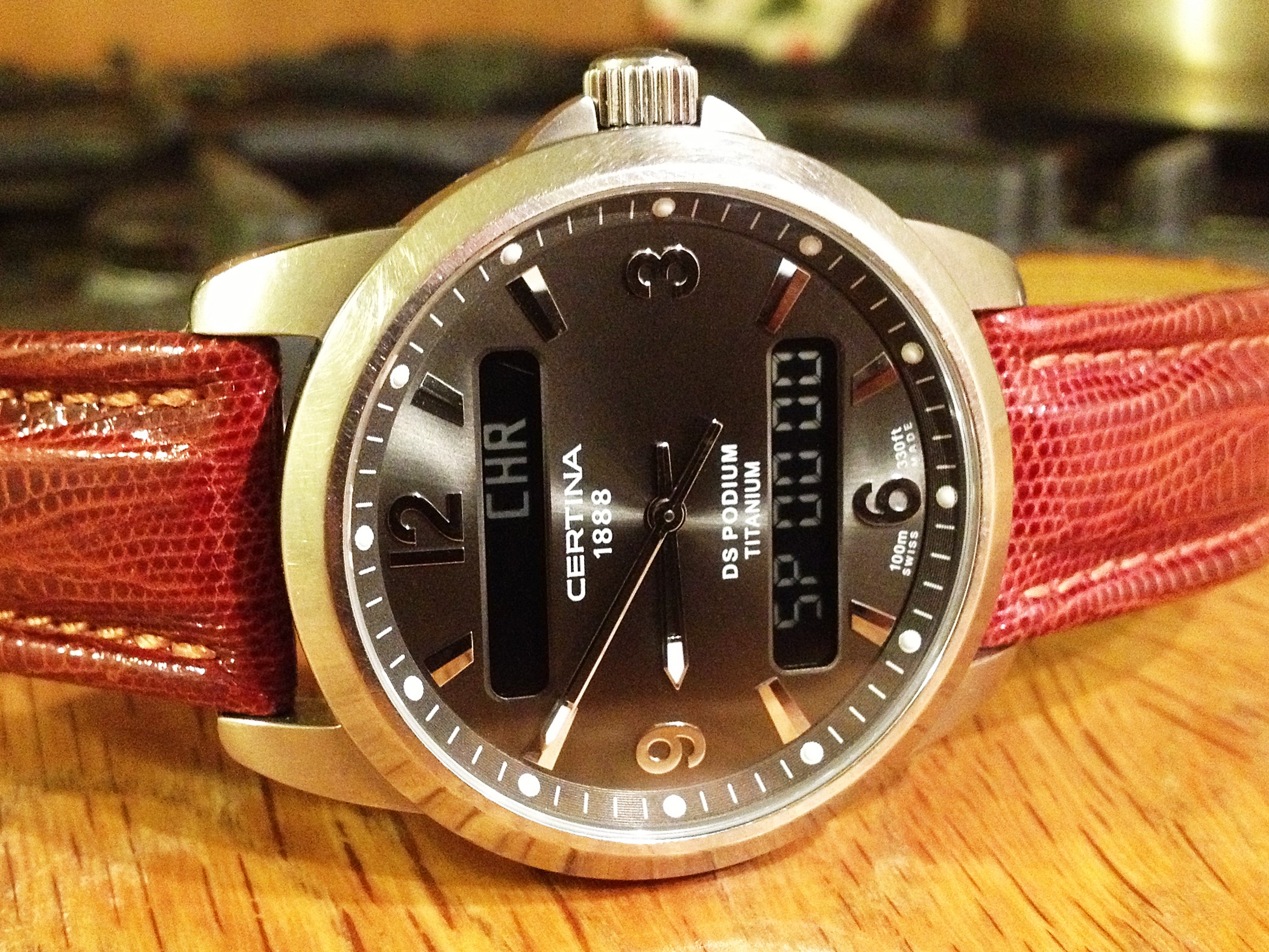 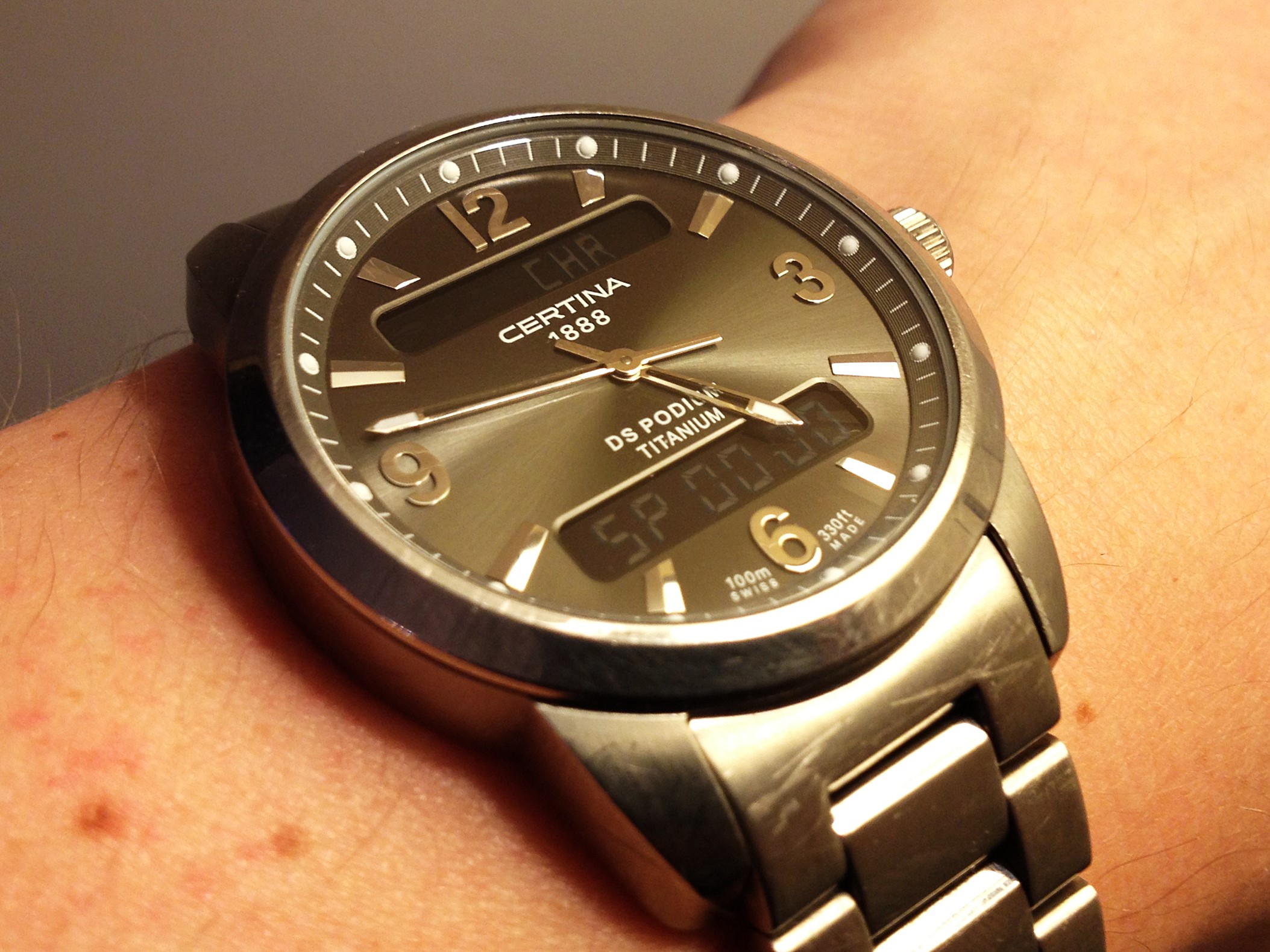 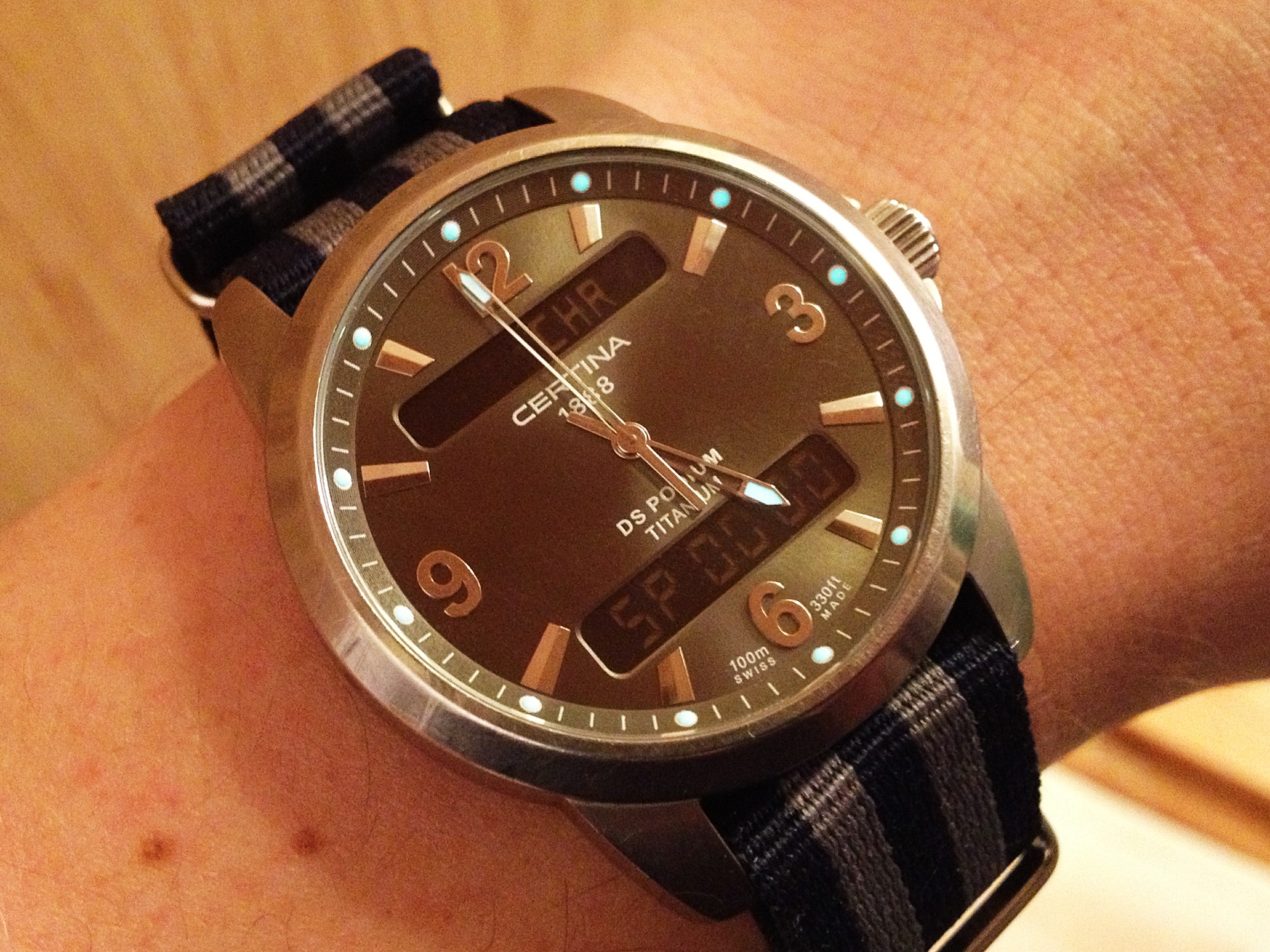 © All pictures by a Watch Flipper's Diary unless noted.
Upplagd av aflippersdiary kl. 11:42 AM