It was in the middle of June 2012 and I was still having recurring dreams about the 16713 Rootbeer I passed on earlier when I instead went for the 16233. It was haunting me. It was clear I needed a GMT. I’d been so obsessed with the GMT-Master II that I’d completely overlooked its predecessor; the GMT-Master 16700. Perhaps one of those could still the hunger for the moment? I managed to track down an old forgotten ad of a specimen from 1989/1990 that was far from new but besides the reasonable price it came with two extra bezel inserts (black and coke) and a nice jubilee bracelet. I assumed it was already long gone but I couldn’t find any info about whether it was sold or not so I decided to try my luck and contacted the seller and to my big surprise it wasn’t sold. BAHM! 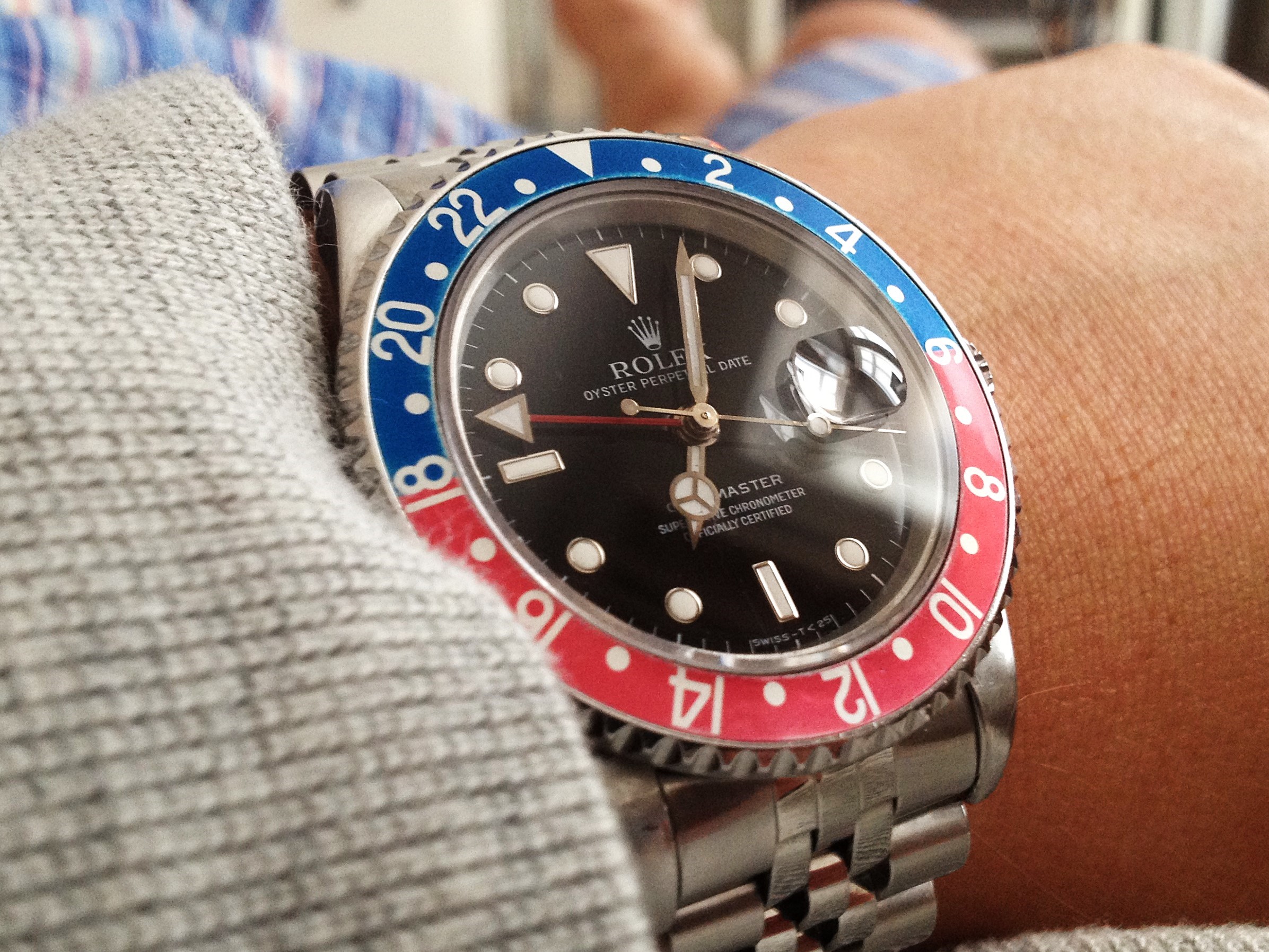 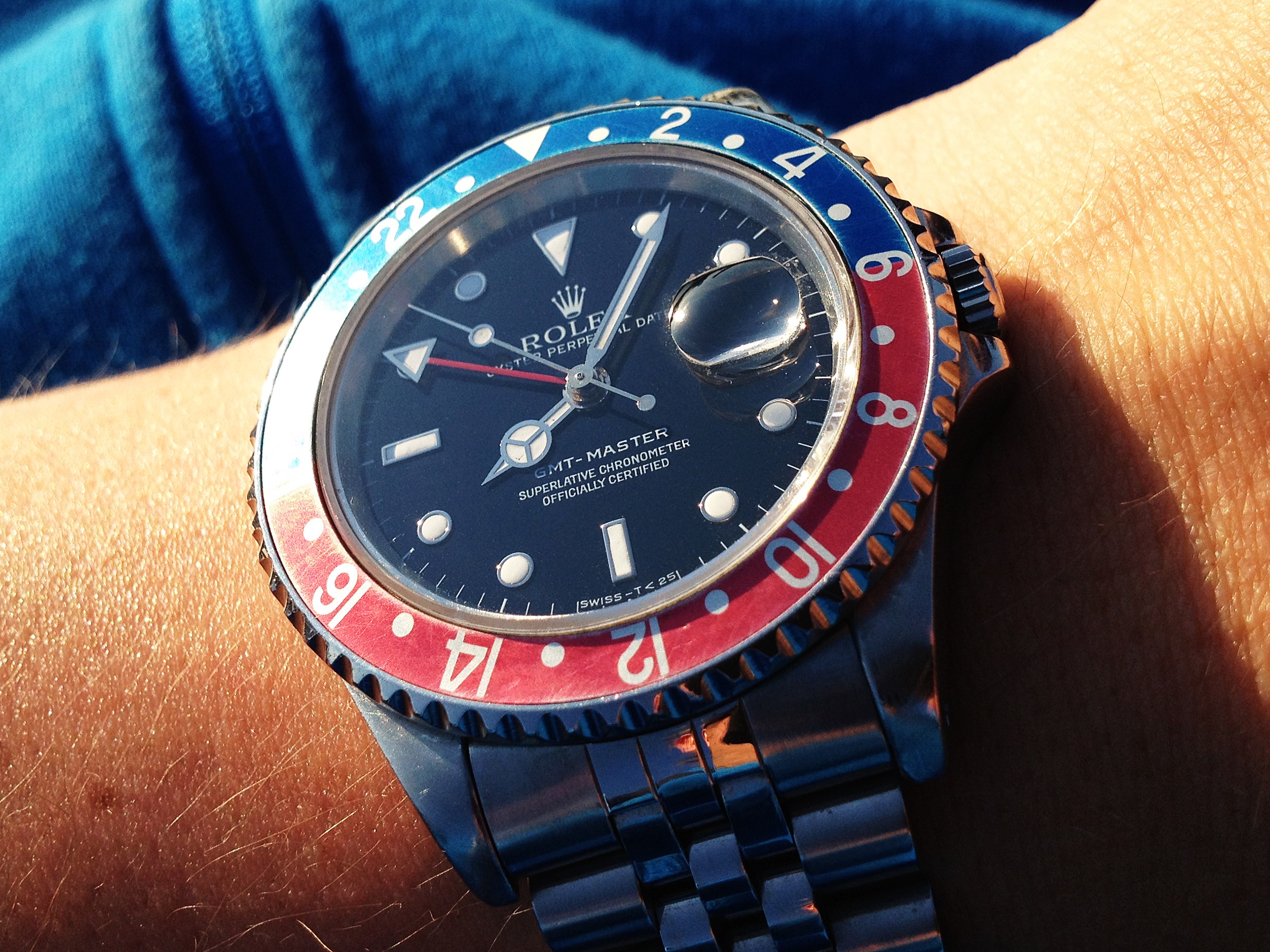 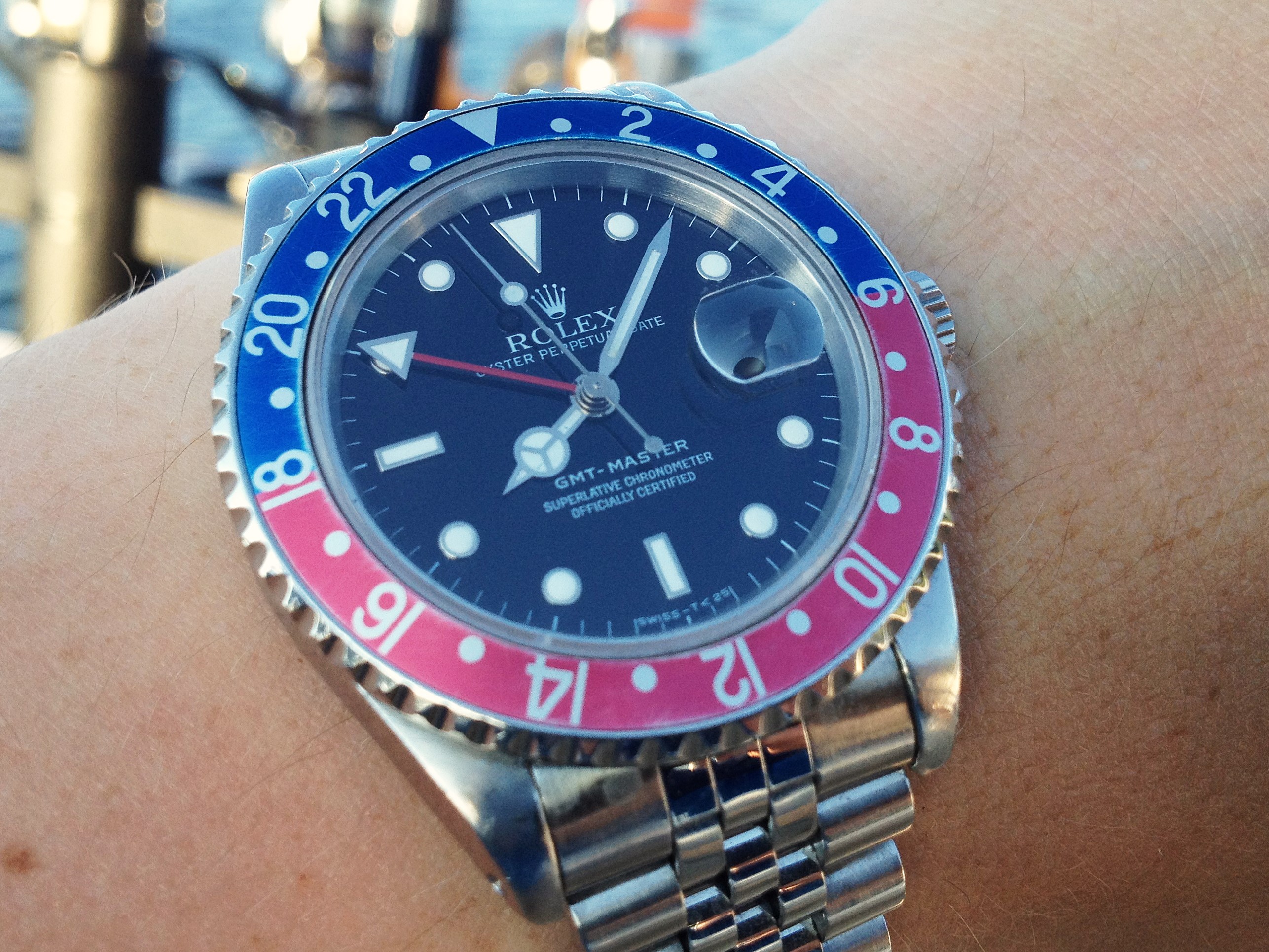 The GMT 16700 was great. I think it was the jubilee that did it. It looked awesome! So much more interesting and alive than the oyster bracelet. The already worn condition made it so easy to wear it without being afraid it would get scratched. It was a great substitute while I was saving up enough dough for the Rootbeer. I kept the pepsi-insert the entire time I had it. It was just perfectly faded and I wasn’t even curious to try the other ones.


It turned out I only had it for about three weeks. Crazy! I remember having it for much longer than I apparently did. Bought and sold it for $3000 which even back then must be considered a really good price.