I got my first Explorer II 16570 in November 2013. Watch only. It was an A-series with the Swiss-only luminova dial and non-SEL bracelet. I actually hadn’t been a big fan of the Exp2 and it was mainly due to the red GMT-hand. I always visualized it to be orange just like on the original Explorer II 1655. My plan when I got the 16570 was actually to have the GMT-hand painted orange but instead I learned to like it. 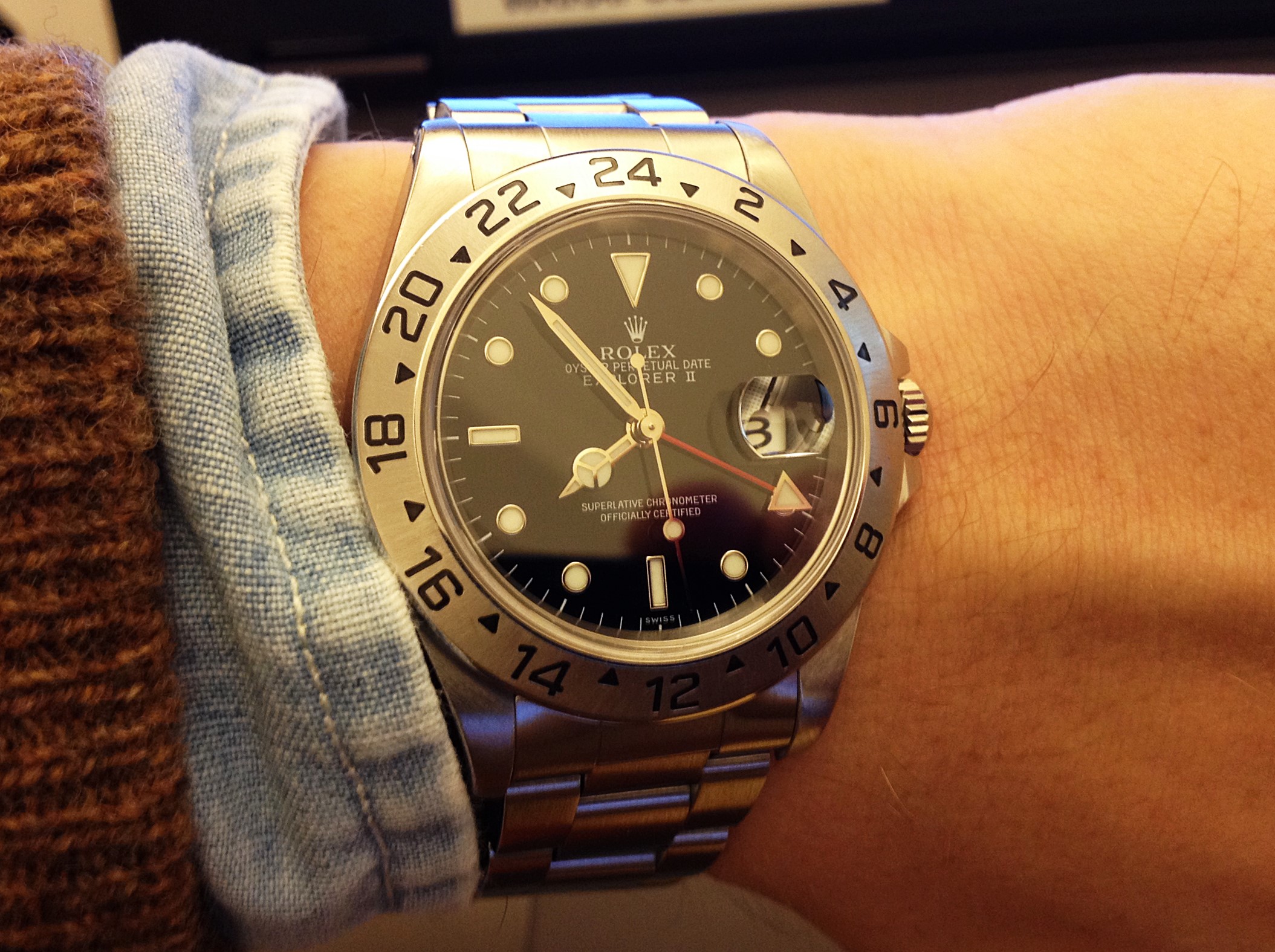 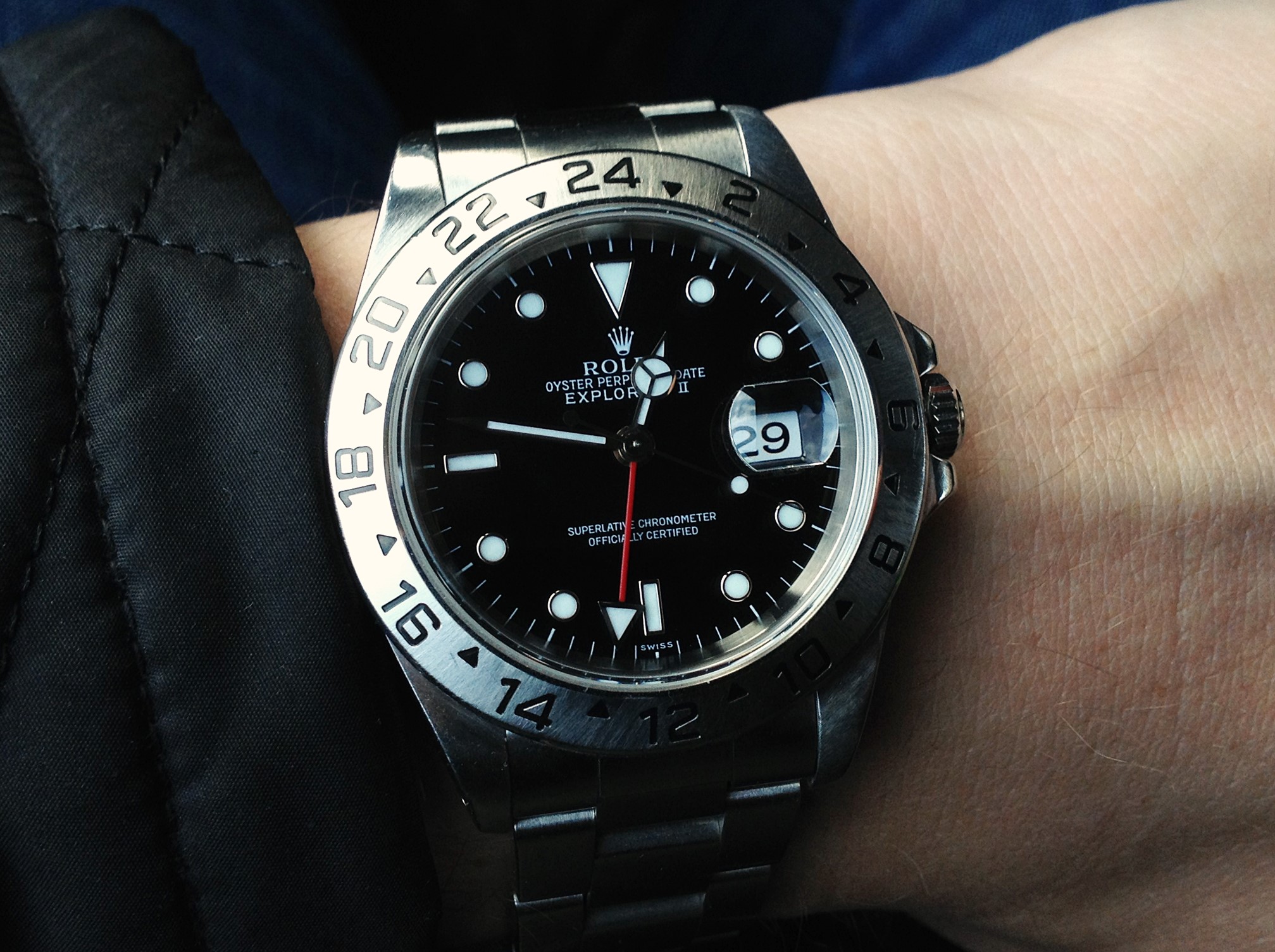 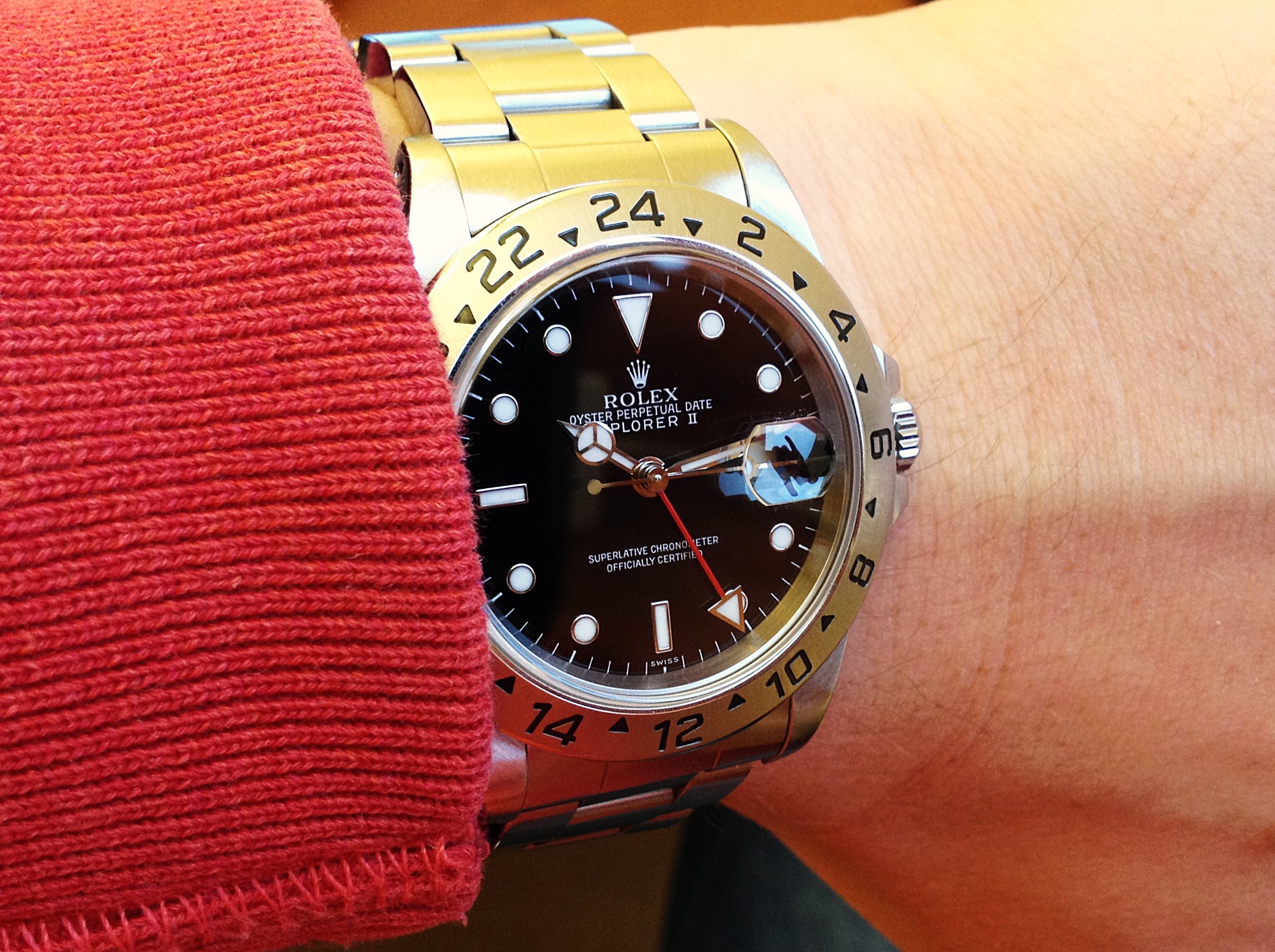 In March 2014, three months after I sold the first one, I bought my second one. This was a P-series which means it had all the features I prefer; lug-holes, SEL and superluminova. Besides that it was a full set in pretty much NOS condition (except for a tiny mark on the bezel at 4 o’clock). This was the watch I traded my Jeager Le-Coultre Reverso Grand Taille for. I had somehow come to the conclusion that this was probably the best watch you could wear if you we’re going to be a one watch guy. My belief that this was right decision for me was so strong it made me give up my wedding watch. Well, the Reverso was never used anyway and I was sure that the Explorer could be used for everything. It ended up failing me on one point and one point only; it lacked a rotatable bezel. Jeeez… I will never be an OWG. There's always something...

The second one stayed with me for a couple of months though and got to witness some other activities than just the daily desk diving.


I never had any thoughts of ever getting an Explorer II with white dial. It wasn’t until I had sourced one for my mom and put it on my wrist when I realized how good it was. It actually looked much more interesting and eye-catching than the black one. I'll definitely borrow it from her many times!