Received this one in a trade for the Certina DS Multi-8 back in April 2014. One PVD watch for another. Deep Blue has completely flooded the market with dive watches in different color combinations. They used to be known as a micro builder but from what I can tell they seem to be running a pretty much full scale manufacturing process nowadays so I think they’ve lost their status as a micro builder. If that’s a good or bad thing I don’t know. Probably a good thing for the company which I assume is making more money but boring for the customers who in return receive a product a little less special and unique than it perhaps used to be.

Anyhow, on to the watch! What can I say? We’re talking about a 44mm diver with a 22mm lug width. I fitted it with a Yobokies waffle rubber which I think suited it rather well. It housed a Miyota 8215 movement; not my favorite but I guessed it worked fine and got the job done.  The cool thing about this watch, the actual reason why I even considered taking it as a trade, was its flat tritium tubes. It lit up like crazy in the dark! The tube at twelve o’clock and the hands were yellow while the rest of the indexes where green. I had had flat tubes on my Ball Skindiver so I already knew they had a strong glow to them but it was just fun to try them out again. I ended up flipping the watch though not too long after I got it so the tubes can't have been that fun anymore. 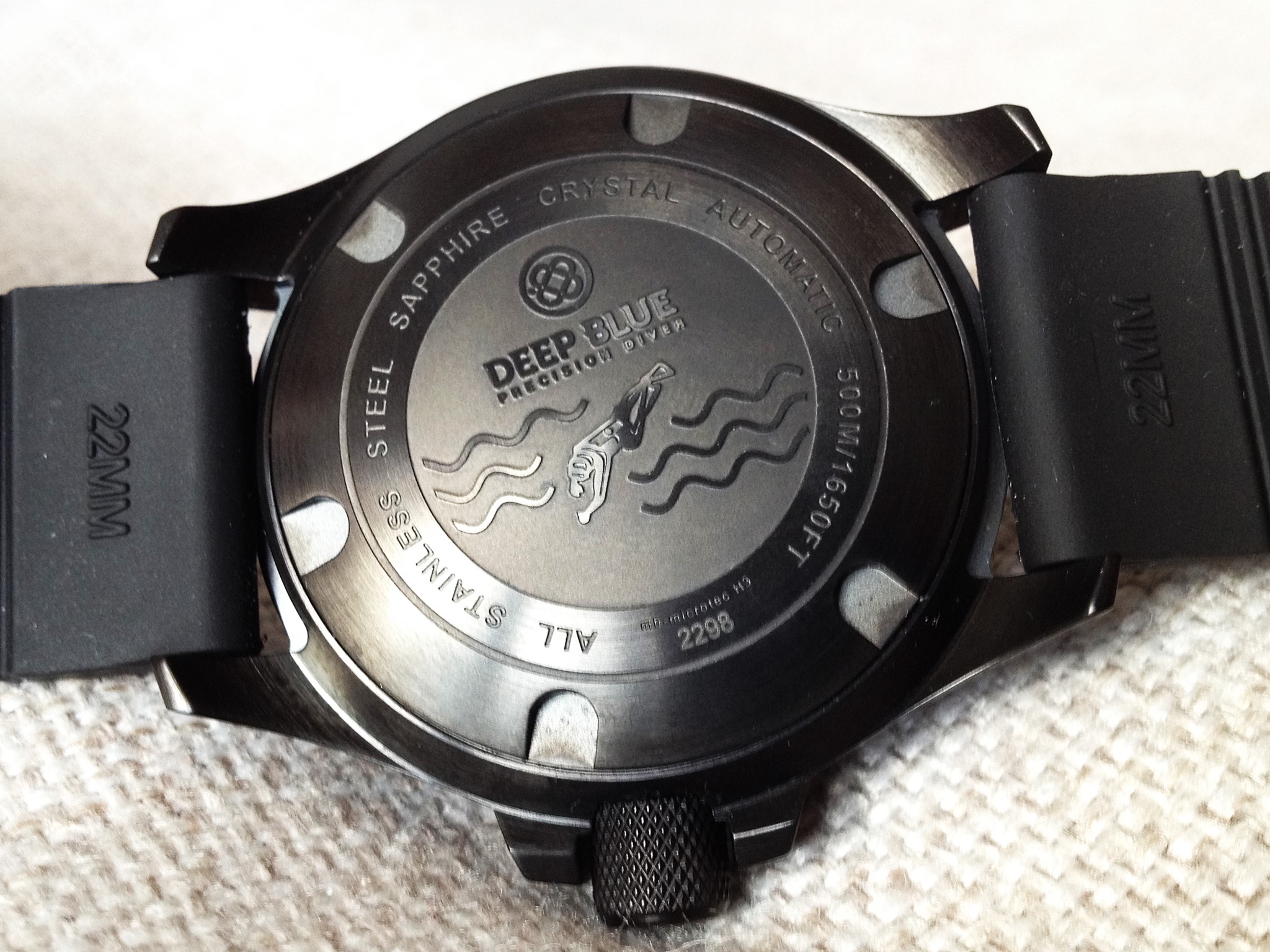 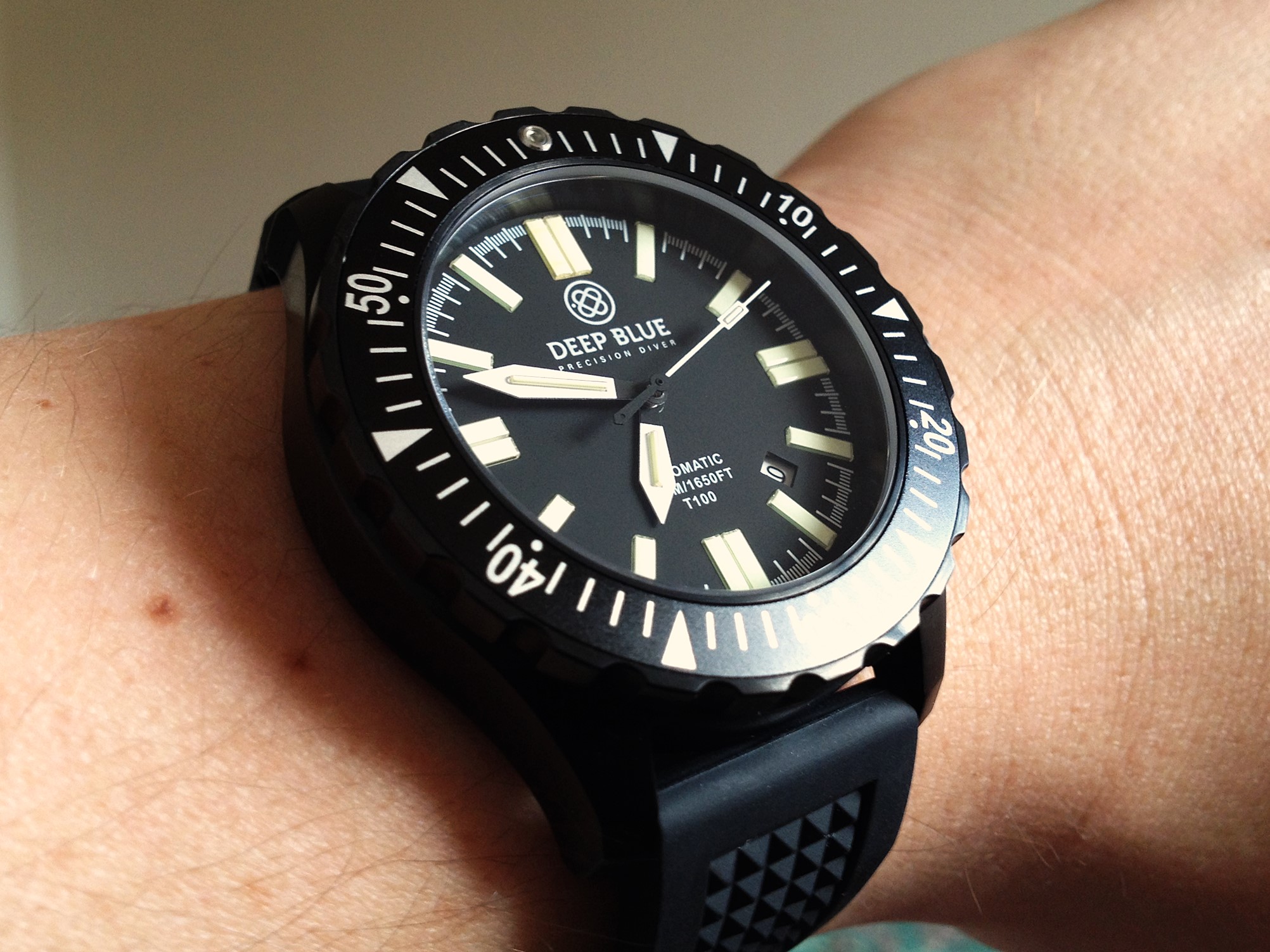 I really have a hard time wrapping my head around the Deep Blue brand. Looking at the watches they have produced over time it feels like they have tried to create something new by recycling different pre-manufactured parts that haphazardly have been mixed together. Lately I saw that they had ripped of the old classic Seiko SKX-diver which didn't impress me very much. For what good reason did they do that? Come up with something new instead! I think that was a cheap move trying to squeeze out a little extra profit. No more Deep Blue watches for me.