What can I say about the Tudor Hydro 1200? It’s brutal and a goddamn beast that’s my best way of summarizing it. If I’m not mistaken I got this one from Claus the Dane at CT Watches in October 2011. I like Claus because he, as well as myself, goes for the funny dive watches and not the regular boring stuff. The Tudor was delivered to me with the white dial but came with an extra black dial that I had installed before even trying it on. I hate white dials. Unfortunately I only got it on the rubber and not the bracelet. I’ve never got to try the Hydro 1200 on the bracelet but from what I can tell by the pictures it looks really cool and comfortable. The rubber on the other hand… How thick can you make a rubber before it looks stupid? To me this is a good example of what's just about to cross the border of being too thick. The rubber was almost as thick as the actual watch itself. I'm guessing the Hydro 1200 is working best on its bracelet but as I haven’t tried it I can’t say for sure. It looks better on the bracelet anyhow.

The aesthetics is really something. I’ve never seen anything looking like the Hydro 1200. It got its own design for sure and it only delivers one message: “I’M A DIVE WATCH!”. What else could it be? I love the fat hour markers and the hands are one of a kind. The action of the bezel is so nice and smooth it makes you want to sit around all day just turning it. I really did love this watch. The only problem was its size. It’s at least 45mm wide without the crown. I had a really hard time selling mine and finally got rid of it in a trade but I lost at least $400. 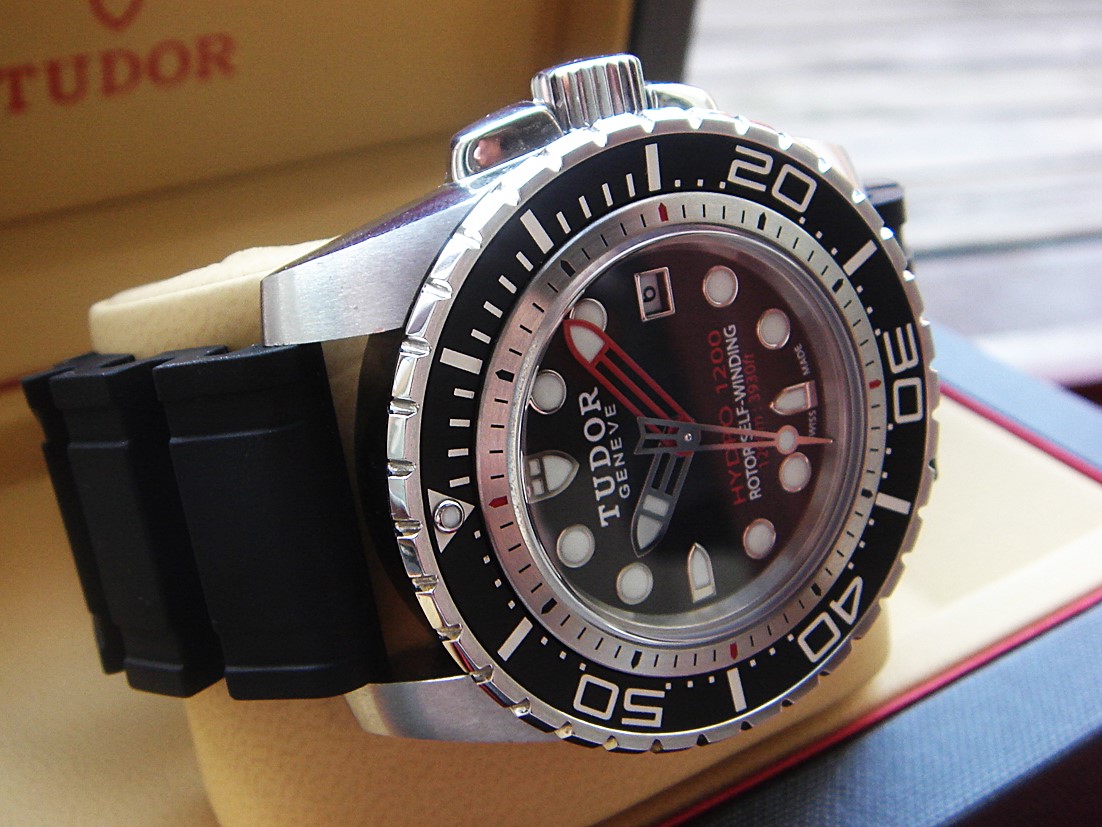 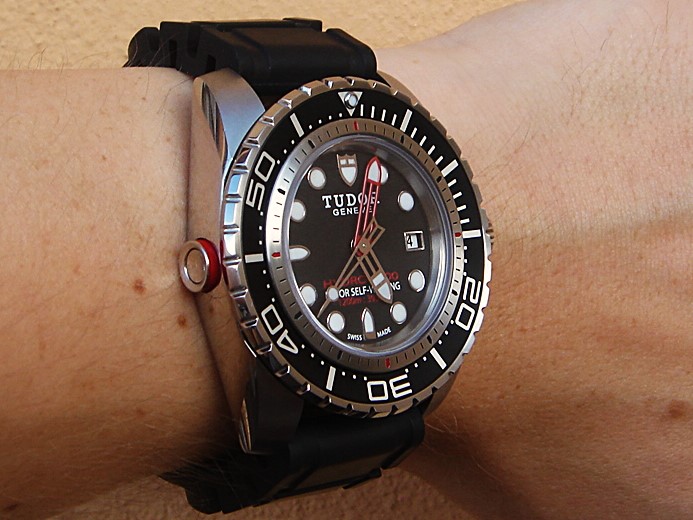 If I would have been a professional diver the Tudor Hydro 1200 is a watch that I really would have liked to wear while working. I’m not sure at all if it's a good watch for diving but it sure as hell plays the part of looking like it. It’s a watch that never will go unnoticed and even if it might not go together with your everyday suit at work it would serve perfectly as the weekend watch for the beach with a t-shirt and a pair of shorts. I paid about $2700 back in 2011 for a full set without the bracelet but with two dials and judging from the prices I see today they doesn’t seem to have changed very much. I actually found a brand new one with all the plastic and tags left and with the bracelet for $2300. That’s great! It even made me considering getting one while they haven’t become rare and expensive. I can only encourage all dive watch fanatics to try one if you haven’t already done so. It’s a must!