As you can see this mod was based on a SKX-diver. The thing is I’m not sure which one it was built on but on the other hand I think it was so cool it deserved its own post. Of course my main watch brother Magnus was the one who customized it. With a new dial, insert and a set of hands from 10watches he took off but what made this piece stand out was the custom made crystal he manufactured in his lathe. The superdome. This crystal was mega-thick and solid. I’m not sure how thick it actually was but it was the thickest glass I’ve ever seen on a watch. It was of course put on an all brushed Seiko jubilee bracelet. Looked killer! 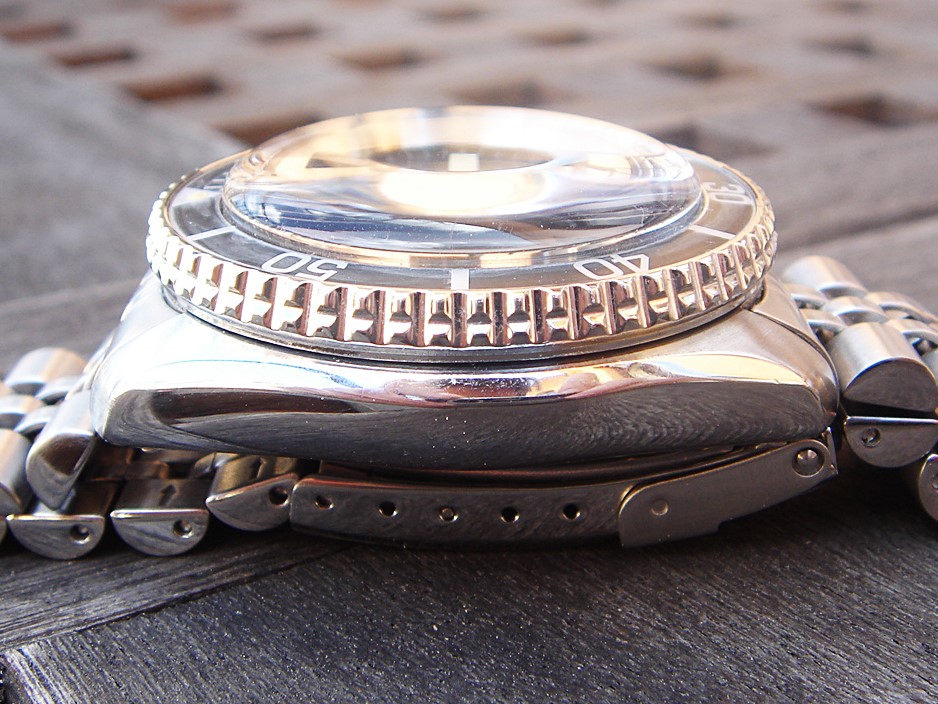 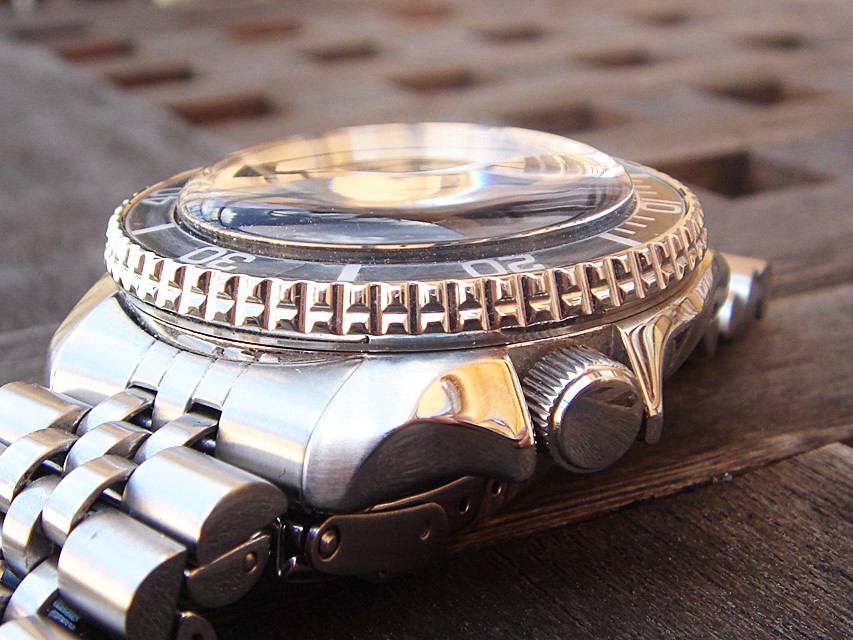 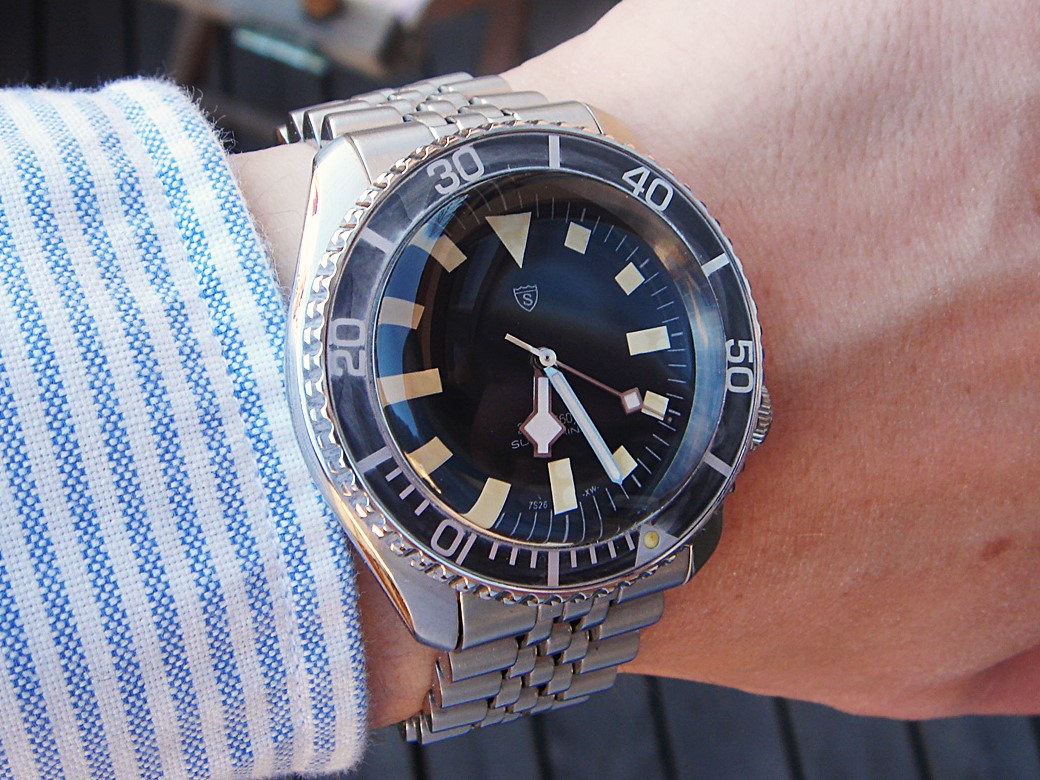 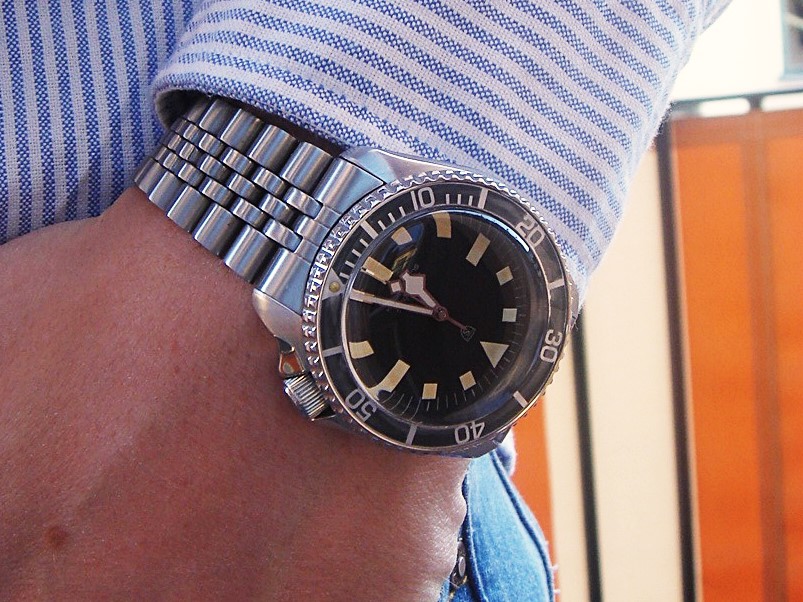 The watch got some attention on the forums but it ended up just lying around and was finally sold in June 2011. I contacted the buyer a couple of years later to see if he still had it in his possession. He did have it still but unfortunately the crystal had received a small crack during some swimming pool activity when he was on vacation in Greece. It still was water resistant; it was only that it didn’t look too nice. I told him I gladly bought it back if he wanted to sell but he wanted to keep it since it still was good for swimming.