I’m not really sure of what was going on here but I know it was Chanel’s J12 Marine Diver that led me into this. I’m not saying that the two of them look the same, no, but I remember that when I stumbled over the TechnoMarine brand was when I was looking for information about the J12. Anyhow, this TechnoMarine was a quartz (love that) and also I had started to like chronographs more and more and when I came across a used specimen of the Nightvision model I just figured it was worth a shot. OK, the lineup of Technomarine’s do look like tacky perfume watches at first glance but this particular model actually had features that were enough interesting for me to trigger a purchase.

The case measured about 44mm excl. crown, it was water resistant to 200m, had a screw down crown and it even had a screw down caseback. At least it gave of the impression that it could handle water activates. It was big but wearable and the quality surprised me. It felt quite well-made and as a vacation pool/beach watch it seemed like a possible choice.  I must admit that I even think it looked pretty damn cool being all black. It's too bad that I didn’t manage to take one single good photo of it. There were actually a lot of details going on on the dial (a nice wave pattern for example) that were worth capturing. 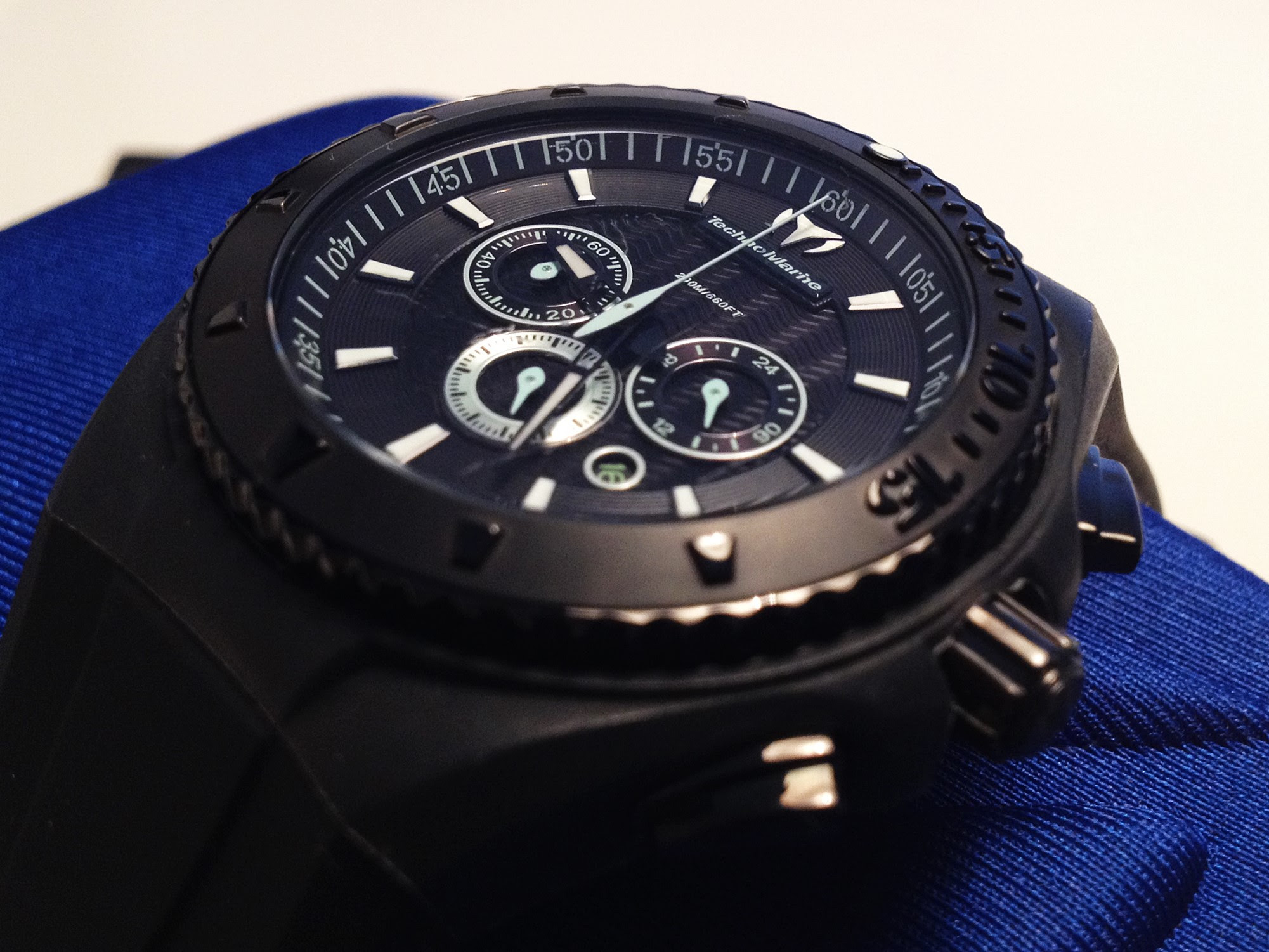 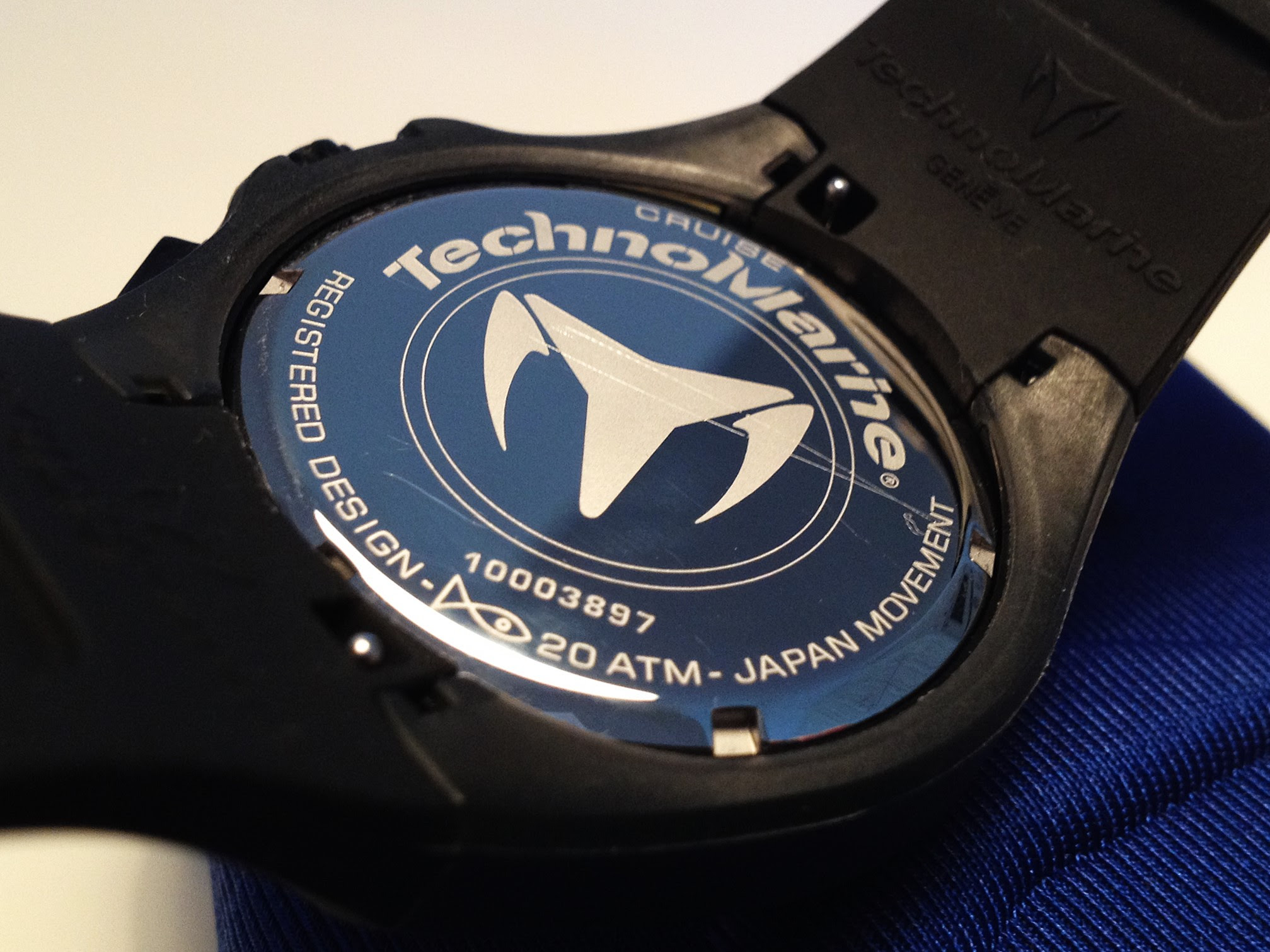 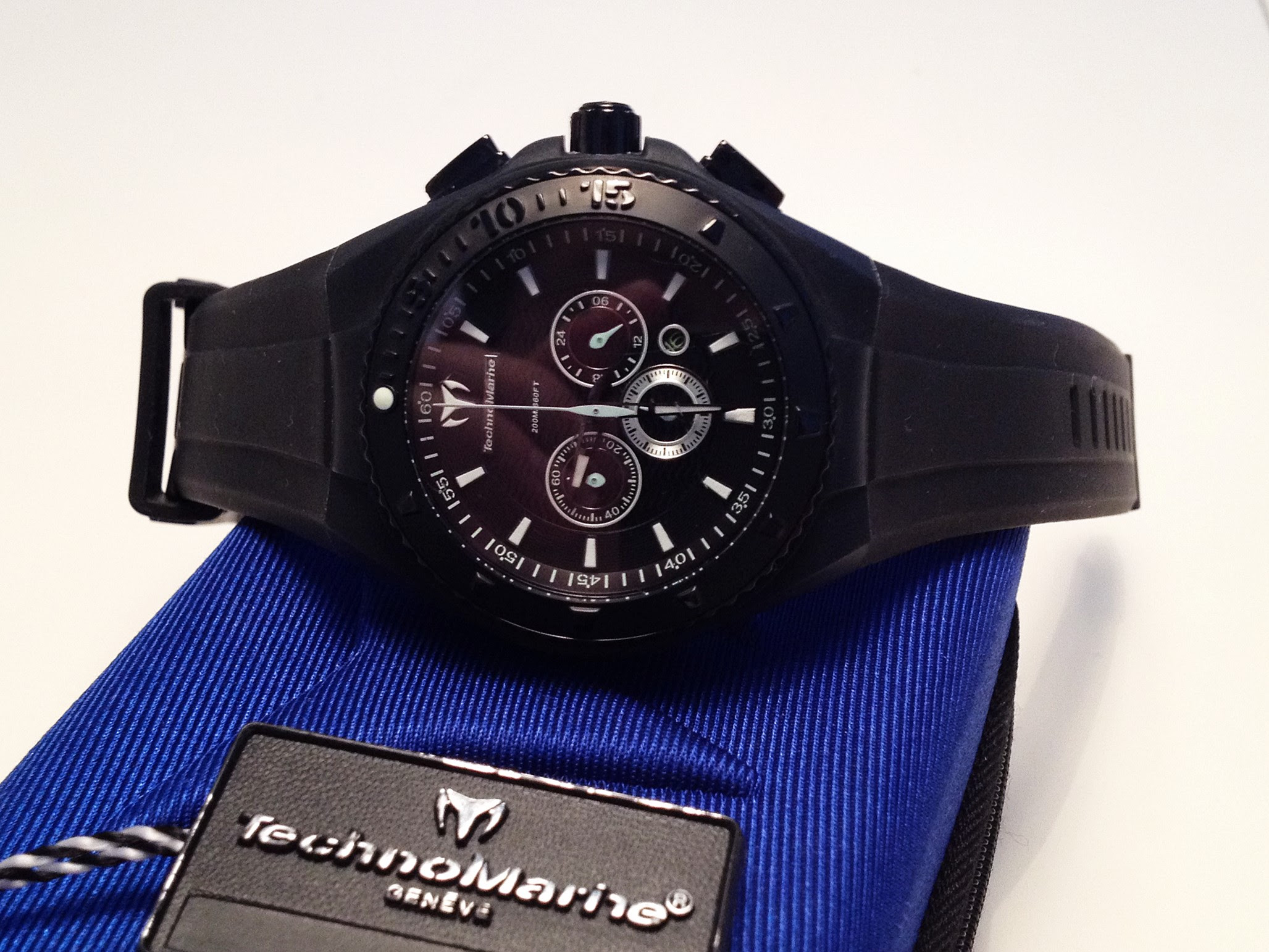 But in the end this watch just wasn’t for me. It took me over two months getting it sold. I haven’t tried any other watches from TechnoMarine since and honestly most of them look horrible so I probably never will again. I’m having a difficult time accepting them as a genuine dive watch manufacturer (even though they actually did come up with a 500m diver quite recently). They just have too many questionable models that make it hard for me to take them seriously. It’s like they are trying to be some sort of luxurious alternative to Swatch made for the jet sets who don’t know shit about watches. That just doesn't appeal to me.