OK, so most of you know by now that the SBBN015 and SBBN017 basically are the same watch with the exception of bezel insert and bracelet vs. rubber; the SBBN015 being the little more expensive of the two. I love Tuna’s, no news really (and I even have one incoming as I write this), and the 015 and 017 are great but when I recently had my latest 015, just a couple of months ago, I realized what detail it was that bothered me. The domed crystal. To me a seriously domed crystal was one of the features that really defined a true dive watch and I used to dig it so much. Not anymore. The thing is it’s impossible to take a good photograph of a watch with a domed crystal. OK, perhaps if you have a professional setup and high-tech cameras but with my obsolete iPhone, which is the only camera I use, it’s freaking impossible taking a decent picture if the conditions are not perfect. Anyhow, replacing the crystal is an easy fix so it really isn’t that much of an issue if I really would have want to keep the watch and get rid of the problem.


I did actually wear my first one on the bracelet even though I already knew I hated it. Bought it back in mid-January 2013. On my second one, which I had just two months ago in early February 2016, I replaced the bracelet at once with a 22mm Bonetto 284 rubber. Much better! I really can't put my finger on what it is that bothers me so much about the bracelet. It just feels wrong somehow. But Christ, my second one only stayed for a day and then I had actually been looking for one for a while. It was that bloody crystal that did it! But also I had one person being interested in it which made me let it go even quicker than expected. 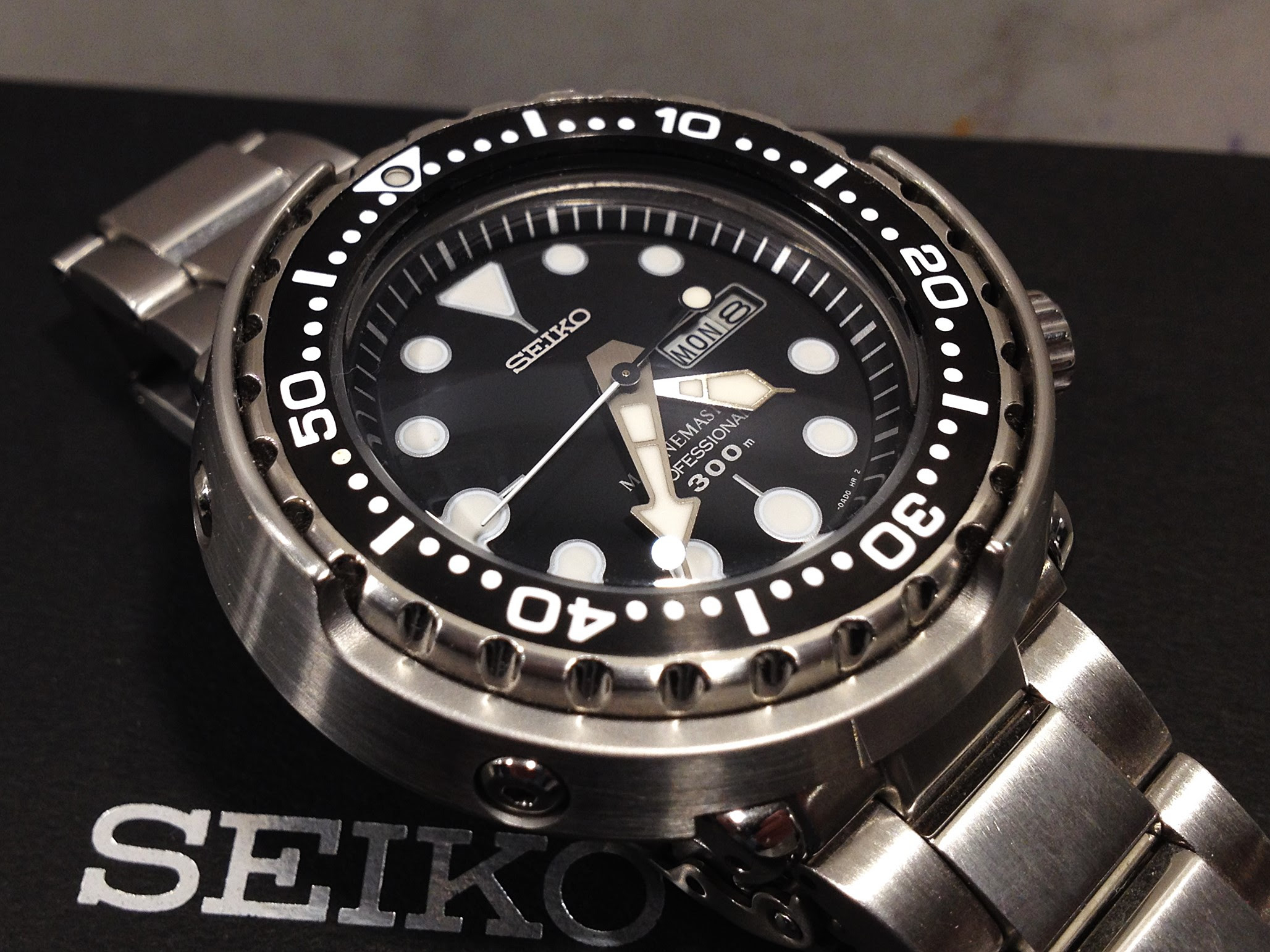 As I mentioned when I wrote about the 017 both models have now been discontinued and replaced by SBBN031 and SBBN033 but goddamn I can’t get over those ugly new hands. My incoming Tuna is one of the older references and one I haven’t had before so that’s exciting. I like them so much more and I really look forward receiving it!