This might be my favorite in the CWC line. Quartz. PVD. Day and date. Great lume. Screw down crown. Water resistant to 300m. Tough Monnin-style case. Affordable. In other words: features that define a perfect tool watch! I’ve had three of this version as well, just like the regular non-PVD Quartz RN diver. I never get tired of them.

Got my first one in late October 2012. Second one was bought in March 2013 and the third was bought in late December the same year. The first and the second were newer ones with luminova dials but the third one must have been older since its indexes and hands had faded to a more yellow/light brown tone assuming it might have been a tritium dial. I wasn’t that into the whole “issued business” with military watches at the time so I never checked the case backs to see when they’d been manufactured and if they were intended for the military or the civilian market. 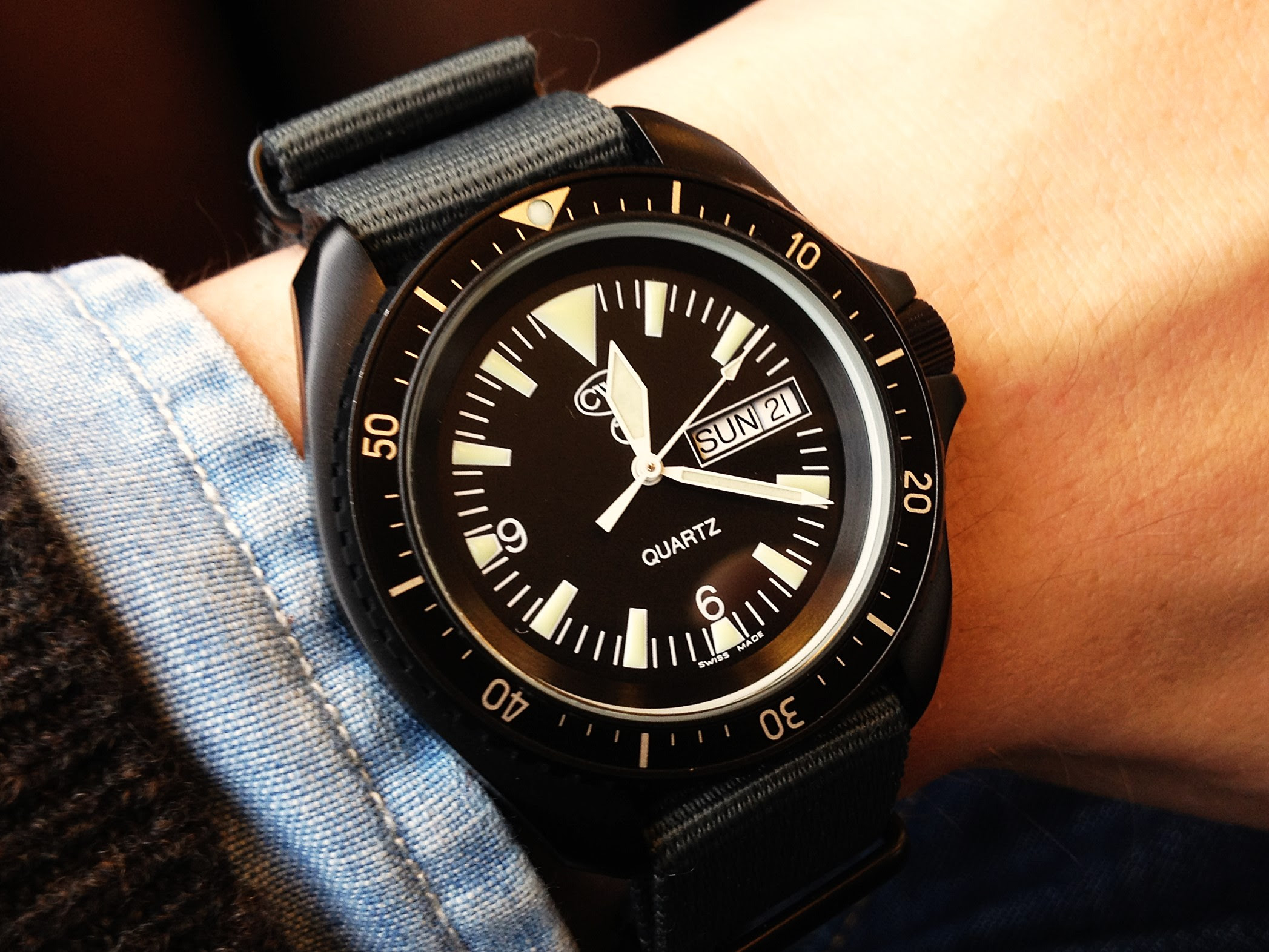 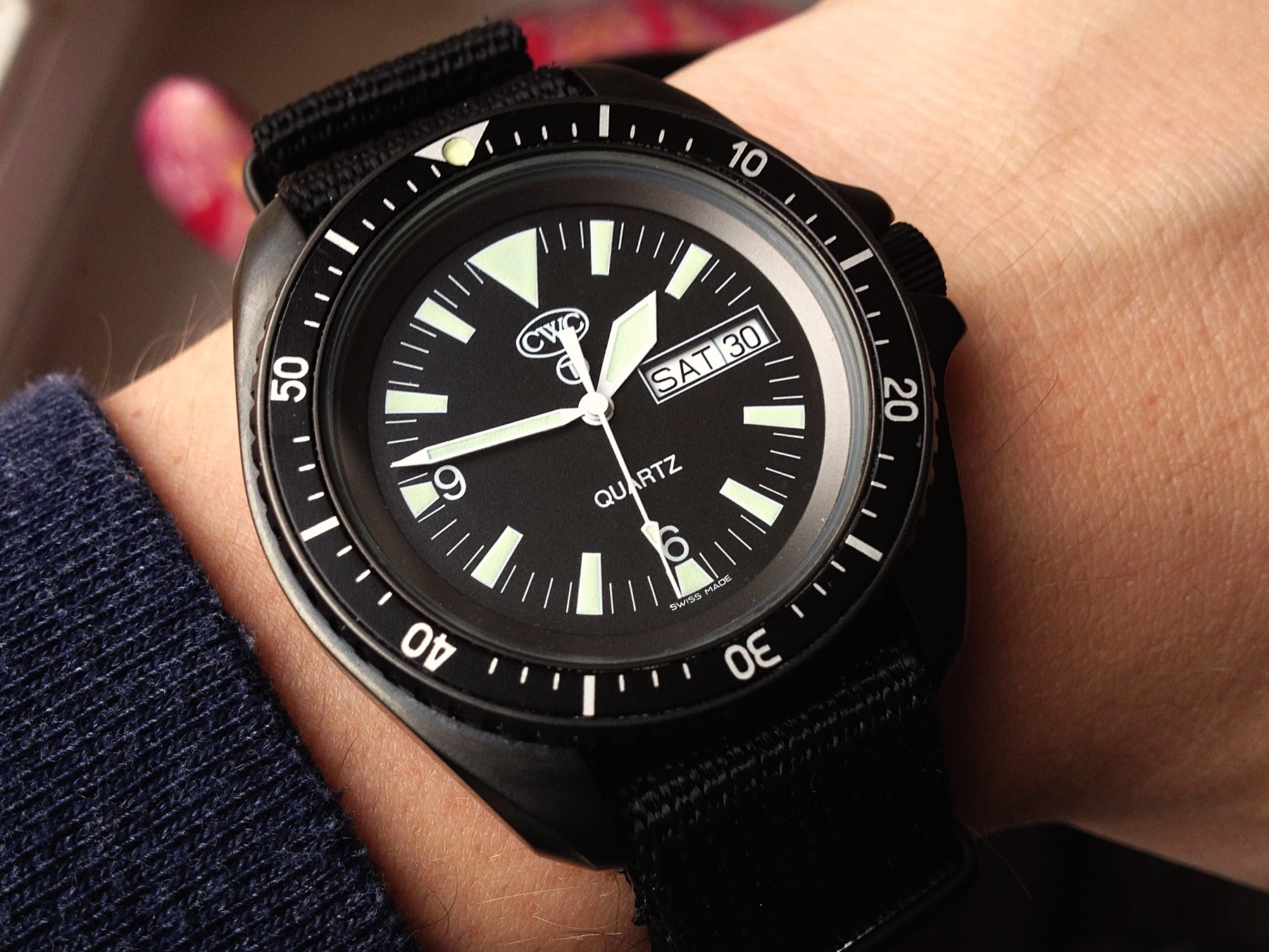 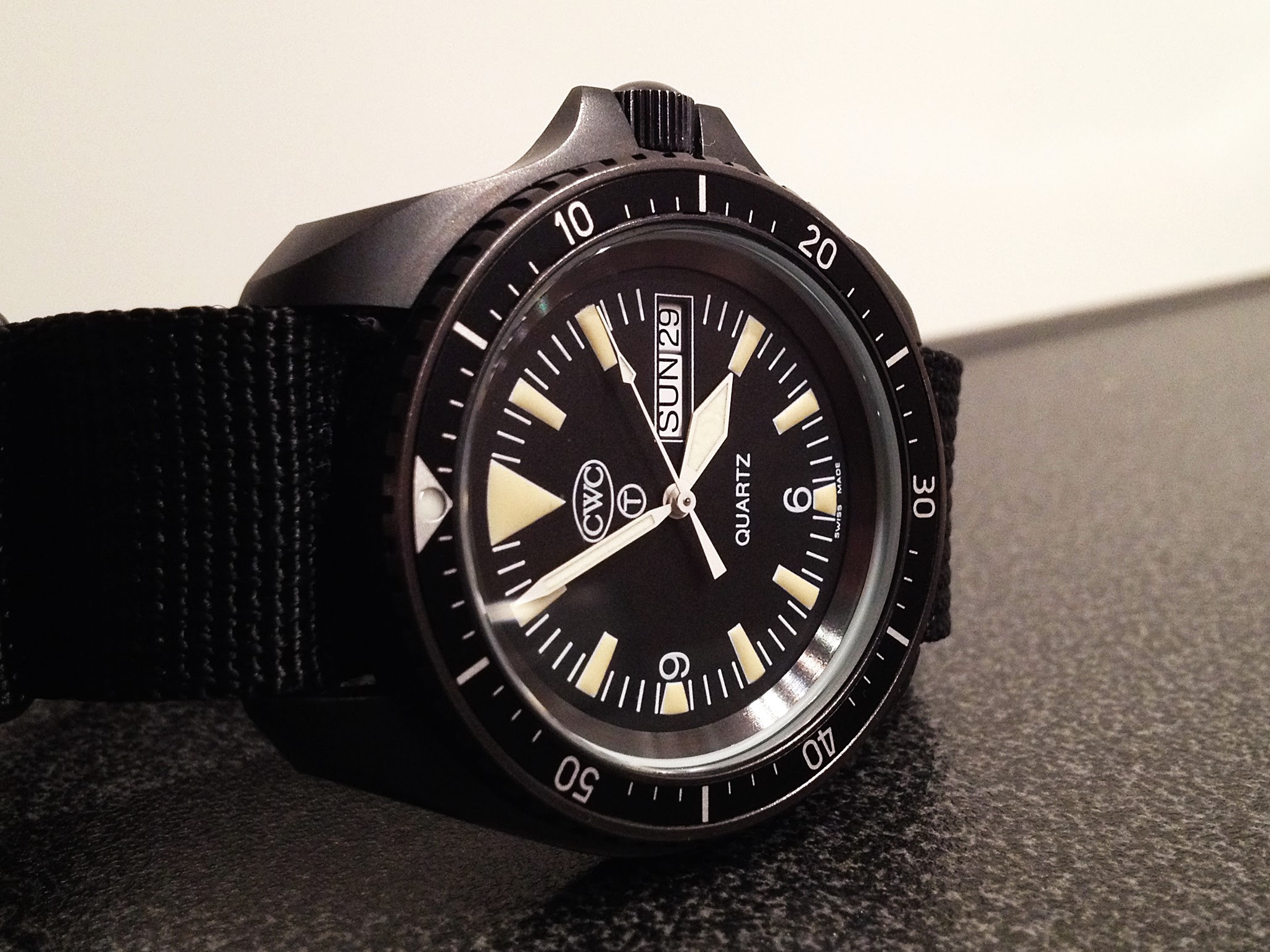 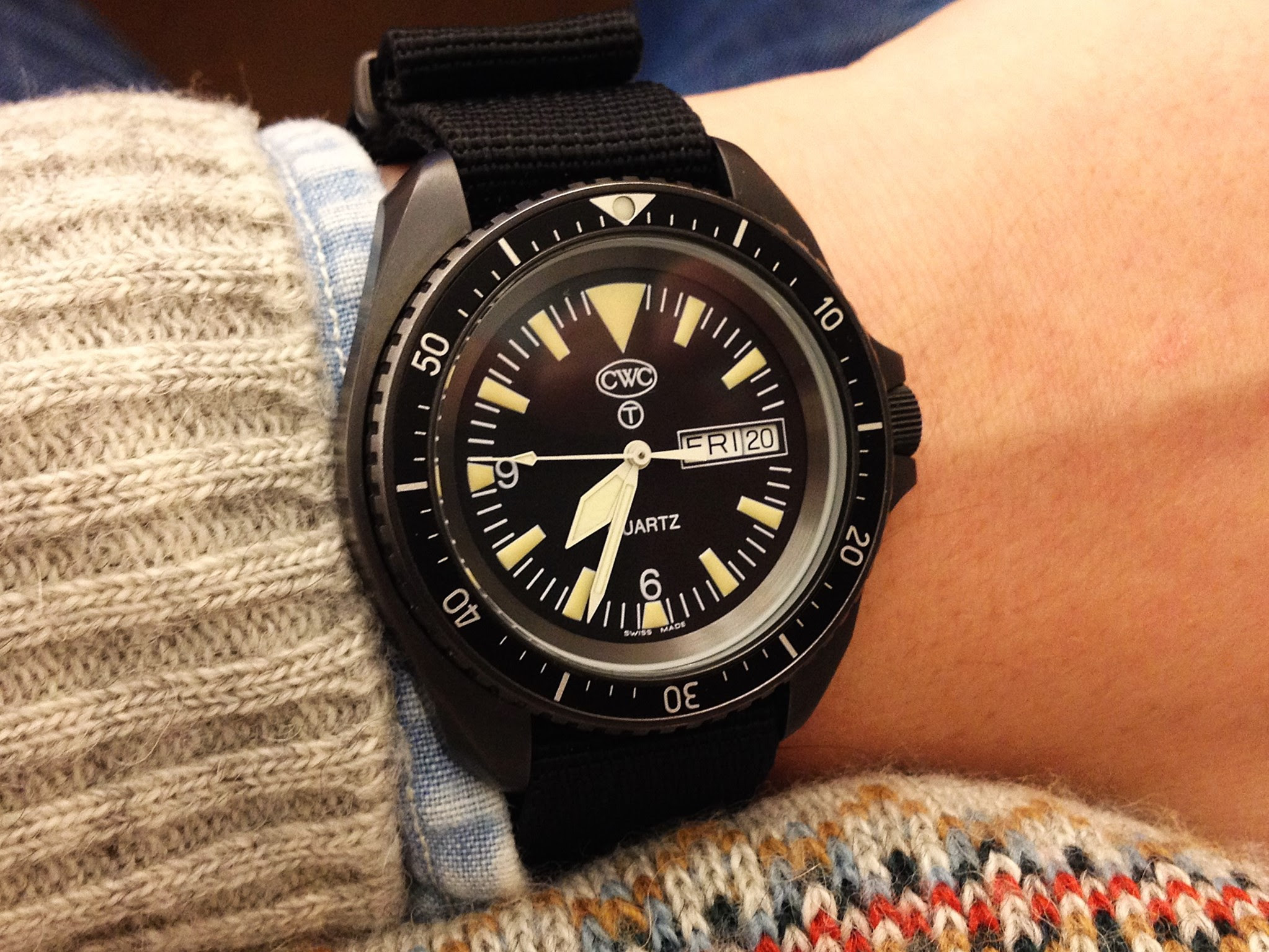 I bought a bunch of nato straps in different colors with PVD-details to get some variety and of course I gave them away for free every time I sold one of them which resulted in buying new straps every time a got another one. Very smart and economic. Not.

Make sure to have at least one CWC quartz diver in your drawer. Doctor’s orders!


In mid-November 2016 I just couldn't stop myself from buying this newer L-dial version that popped up for sale to a great price. The same day I receive it a friend sends me a picture of his PVD quartz diver with the T-dial that he just received. I instantly texted him "I'll take it!" and got the answer "Sure, when I get bored of it". So I got rid of the L-dial and then just waited for him to send it and after a bit of serious mind games and constant nagging it finally showed up. Since these T-dials are becoming more and more uncommon to find used I will really do my best to hang on to this one for a while. Great watch! 
In the spring of 2017 this idea came to me. "Wouldn't a nodate in PVD look really cool?" Why didn't CWC make those? Well, I guess I had to make it myself. My friend Magnus helped me out as usual and the result was awesome. What a hardcore watch! The dial and movement was taken from my fourth RN Quartz Diver and the dial and movement from the SBS was put back in the donator watch which made it look exactly like my Day/date Quartz Diver that I bought for my son. So having two identical Day/dates was perfect I thought. It was of course going to be given to my second son. The only thing was that all the numbers on the case backs didn't belong to the actual watch model which finally bothered me so much that the watches in the beginning of September 2017 were restored to their original state. The SBS nodate still got plenty of wrist time though during the time it was modified. Shortly after I introduced this mod on Instagram the SBS nodate became a stock watch in the CWC catalogue.