Multifunction watches, you got to love them! I just couldn’t resist this PVD Multi-8 when I found it to a good deal back in March 2014. I knew right away it was going to feel too big with its 42mm and lack of bezel ring so this was strictly a test run and it was quickly sold after a few days. My biggest problem though wasn’t the size but the awful looking carbon style strap. I just can’t stand the look of that pattern. My favorite feature was the rather unusual display of week; a phenomenon not commonly used by many others except for a few European and Asian countries. This great feature was also used by Sjöö Sandström in their Skydiver watch (which I have had of course!) which is an awesome multifunction watch but more about that one later. 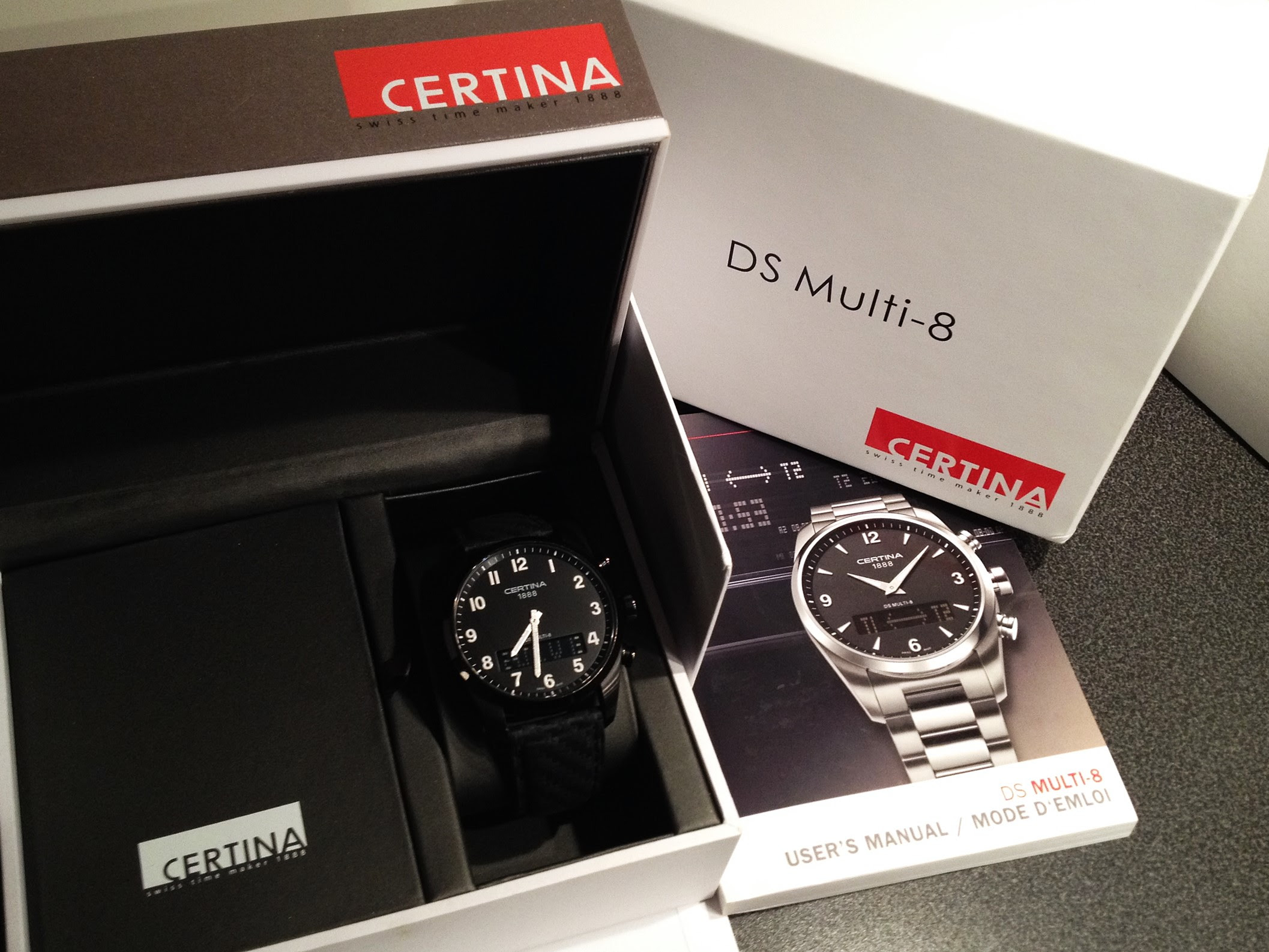 The Certina Multi-8 is a great watch feature-wise but I find its aesthetical appeal to be quite boring. One detail I found extra disappointing was the PVD-coating they used for this model. The watch I got a hold of was quite new but already had some scratches in the surface of the coating so I highly doubt the material they use is holding up to any Sinn standards.