Wow, what a difference in quality compared to the classic SKX diver’s! Found this one cheap and when I learned that it actually had a screw down crown I just had to try it. It was something about the finish of the steel that made it feel just as cheap as the price it had been given. Also, it resembled a Submariner a little too much and just felt generic and impersonal.  I was quite disappointed. I don’t think I wore it more than at the time I tried it on my wrist. Flipped it quickly.

Something just came to mind when I studied the pictures below. The dial looks blue! This wasn't something I remember considering when I had the watch. Perhaps it's just an effect affected by the light but maybe it could be a SKX033 that was given a new insert? I don't know. Anyhow, I bought it as a SKX031 and sold it as a SKX031 so let's just leave it at that. 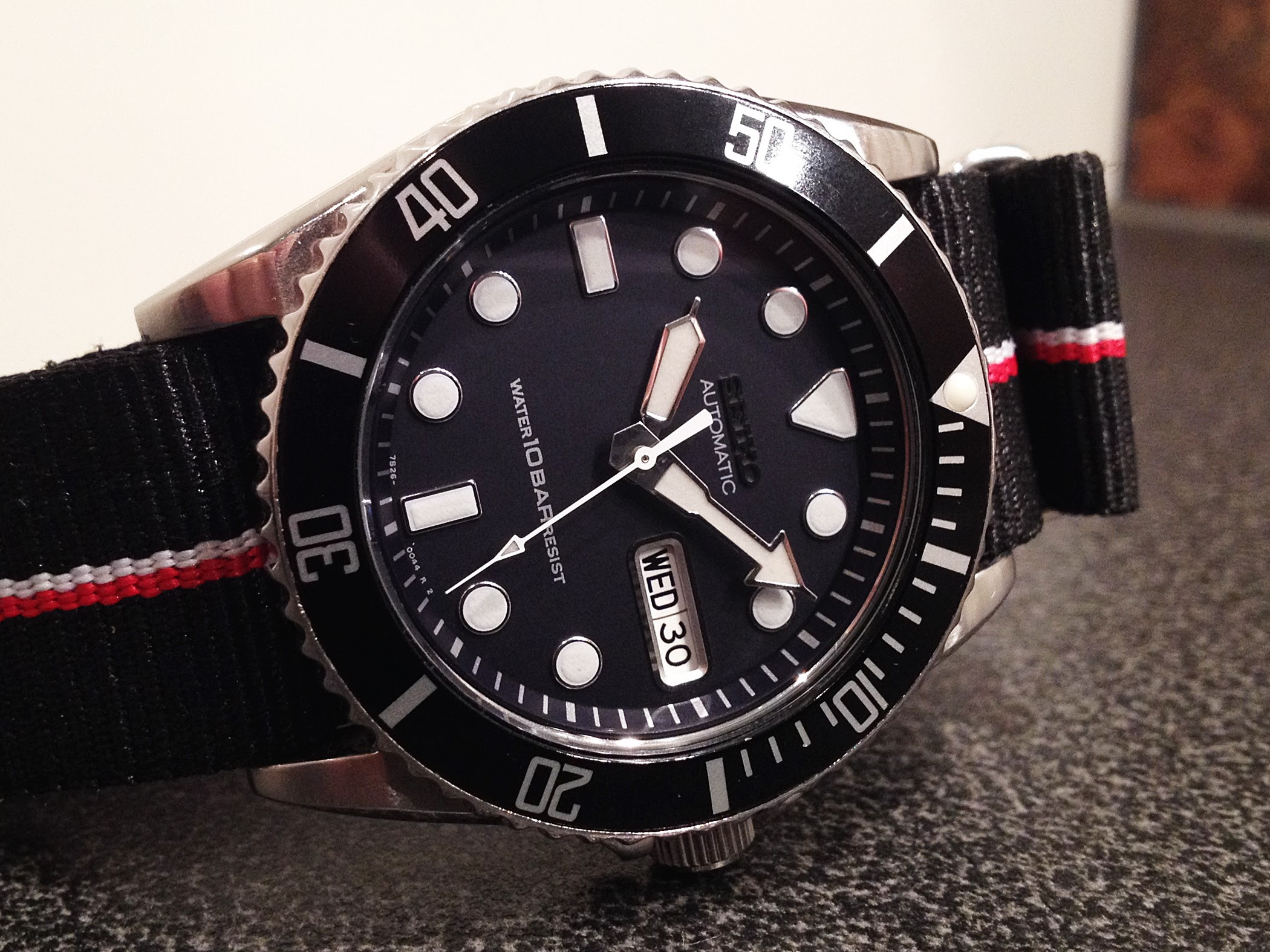 I just had a quick look at my upcoming posts and couldn’t find anything starting with SKX. Plenty of other Seiko watches though!