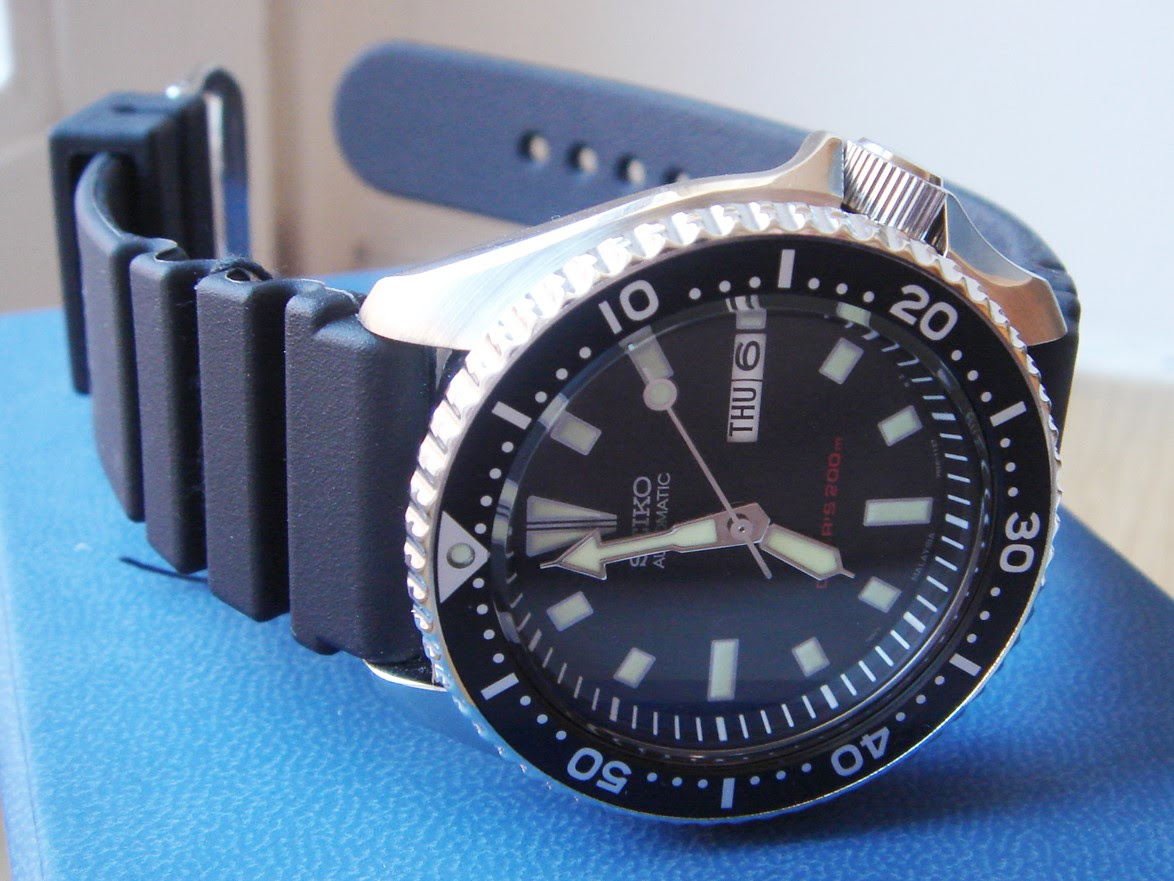 The second one I owned was purchased used quite recently here in Sweden in the beginning of December 2014.


Both were worn on the flat vent original Z-22 rubber and kept unmodified. From what I can remember I didn’t wear the first one at any special occasions but the second one got to accompany me to London when Daniel and I vent to visit Martin for his 30th birthday. Sold it shortly after we came home.

© All pictures by a Watch Flipper's Diary unless noted.
Upplagd av aflippersdiary kl. 7:51 AM